According to a recent report, there are now 499 breweries in the Czech Republic, of which 47 are in Prague. Of course finding beer from the big breweries such as Pilsner, Gambrinus, and Staropramen is easy, but what about the little breweries? Today we’re going to have a short introduction to five of the local microbreweries based here in Prague. Unfortunately we don’t have space to mention all the breweries, but hope this will give you an idea of where to go when you want something other than the mainstream beers.

1 – U Medviku – Claiming to brew the strongest beer in the world at 33% alcohol, U Medviku is a little tough to find, but worth the effort. Don’t be confused by the big hotel and restaurant on Na Perštýně – although part of the same complex the brewery is actually down a small passage under the ‘Pivovar’ sign next door. Please note that this is not only a small place, it is also really busy, so reservations are a good idea even in the early afternoons sometimes! 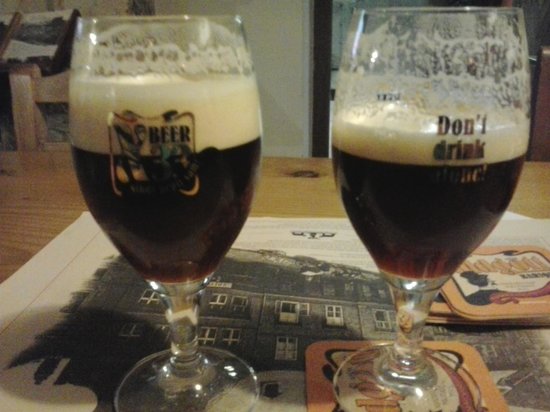 The strongest beer in the world – allegedly. x-33 at U Medviku

2 – U Tří růží – U Tří růží (Three Roses) is situated on Husova Street in a house which first gained a licence to brew beer in 1405. They serve a total of 6 different beers, all brewed on the premises, and also have a fantastic restaurant with top class food so you can put a lining on your stomach before sampling all of their delicious beers! 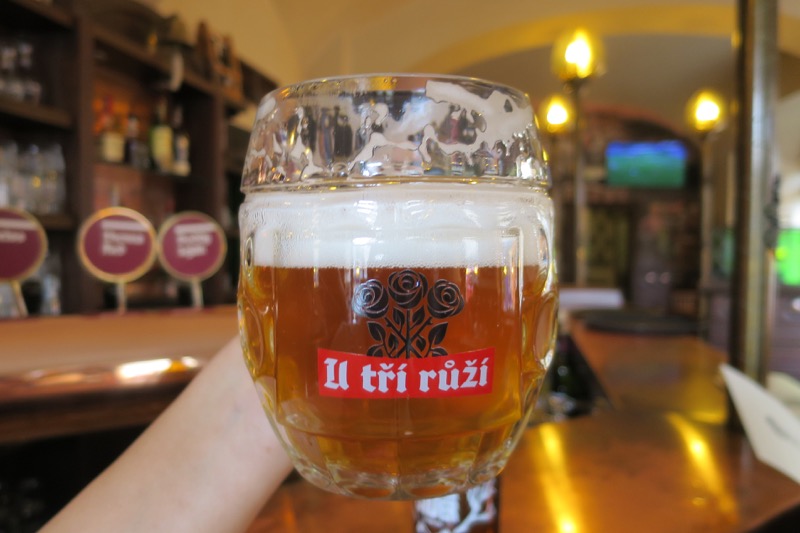 Lager at the Three Roses

3 – Pivovar Basta – Located just outside the center in the Nusle area of Prague, this is a fantastic brewery with awesome food – their duck pate is amazing, as is the rest of their menu! Efficient staff and great beer mean this is a super popular place, especially in the evenings, so again it’s well worth making a reservation in advance. I have a friend who visits regularly from Pakistan, and on every visit she insists on going here for their Tatarak her first two nights in Prague. I cannot recommend this place highly enough! 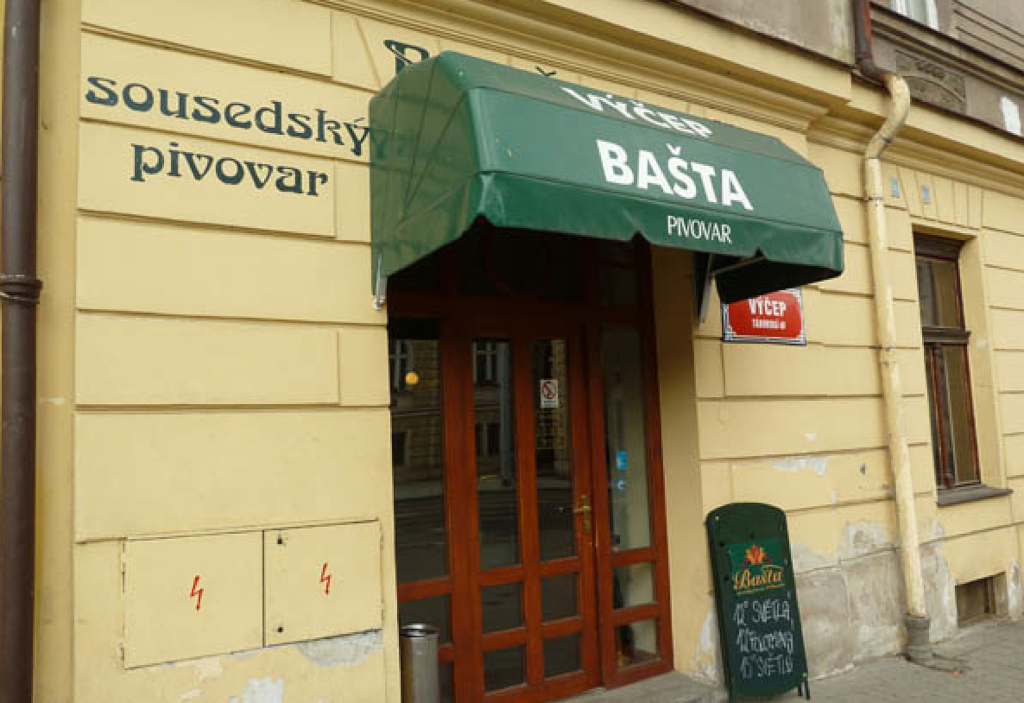 Pivovar Basta in Nusle – the best Tatarak in Prague

4 – Vinohradsky Pivovar – The newest brewery on this list, Vonohradsky Pivovar has quickly established itself as the best place to go for quality beer in the Vinohrady/Zizkov district. With four beers on tap and a more modern, utilitarian style than the other places listed here, it’s well worth a visit for anyone in the area, and unlike the other places their beers can also be found in other bars around the city. 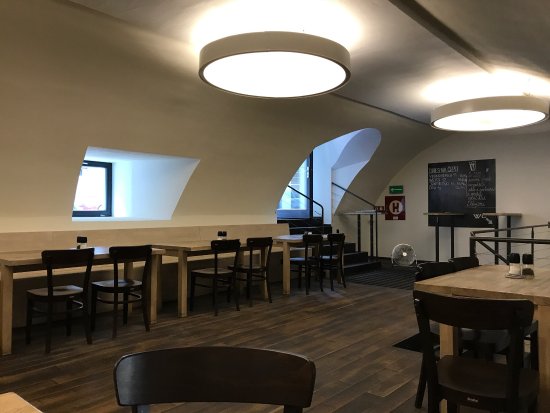 The interior at Vinohradska Pivovar

5 – Pivovar Marina – Located in the Holesovice district of Prague, Pivovar Marina is situated on the river bank and has a lovely terrace in the warm weather. By far the biggest place on this list, they have four beers on tap and a fantastic interior. This is also a really good place for special events such as a private party. Note that the outdoor terrace closes at 10pm because of the local residents, but that’s the same as the rest of Prague anyway. Although slightly on the outskirts of the center, it’s well worth spending ten minutes on a tram to visit here. 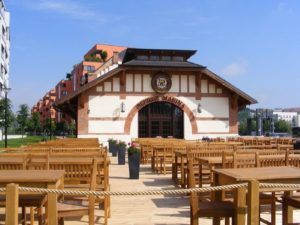 The terrace at Pivovar Marina

So that’s our list. What’s your favourite brew-pub in Prague? Or least favourite? Let us know in the comments below. And check out the last few blog posts here;

A Guide to Gay Prague