Everyone says that cities were during current health crisis completely empty. That was not really the case. Yes, it would be possible to support the claim by waiting a couple of minutes for desired photo bare of all the life forms. But that would be a lie. As Prague was not empty at all. But instead of tourists, it was locals who enjoyed the historical parts of the city. 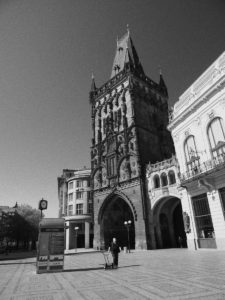 Our meeting point by the Powder Tower is almost deserted… 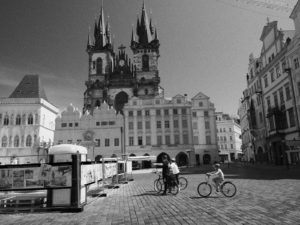 A family on bicycles enjoys the Old Town Square… 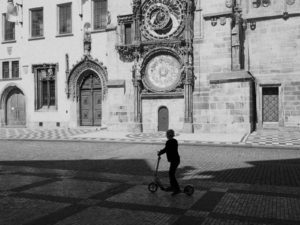 … and under the Astronomical Clock, a little boy rides his scooter… 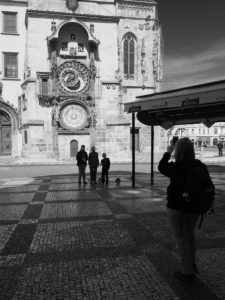 … and takes a rare opportunity to take a sole picture with his siblings under the clock. 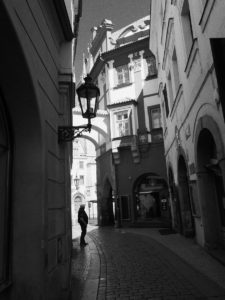 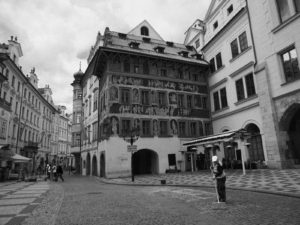 … but now it is time for a good maintenance. 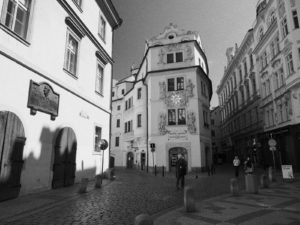 Even the Royal Road near the Charles Bridge, where you usually cannot even cross, looks like twenty years ago… 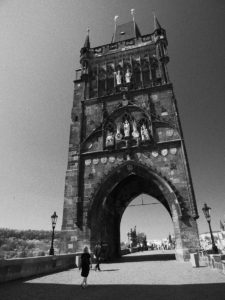 … as does the Old Town Bridge Tower, the ending point of our Old Town & Jewish Quarter Free Tour. 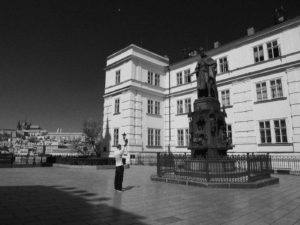 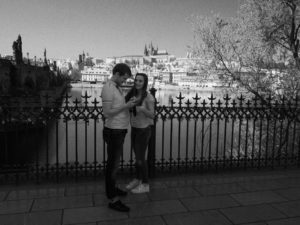 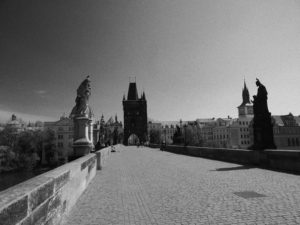 … and though the bridge looks empty on weekdays, it’s really not. On weekends it’s quite full. 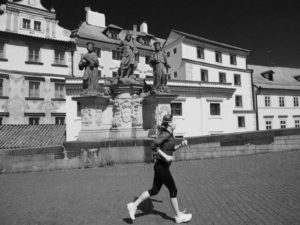 Runners also use it… 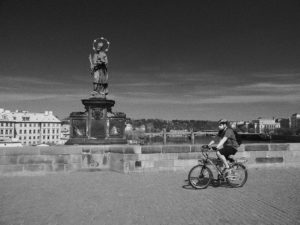 … as well as cyclists… 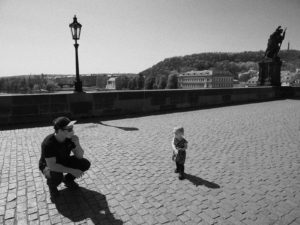 … and families take their children for a little walk. 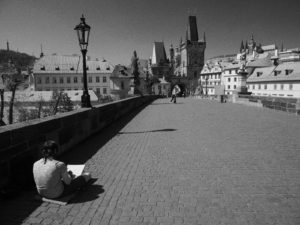 Also artists enjoy the weather and the unobstructed views. Here, on the bridge… 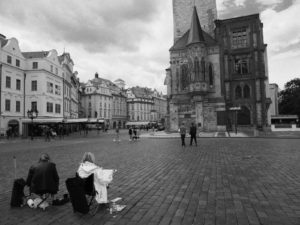 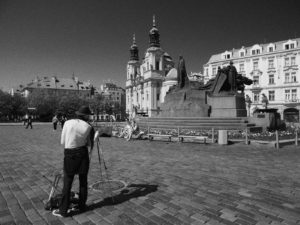 … or the Church of Saint Nicolas. 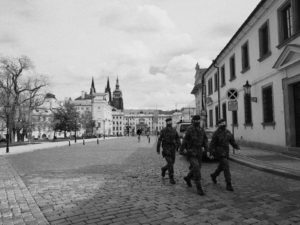 On the hill above the river, Prague Castle guards still have work to do, though are not as visible as usually… 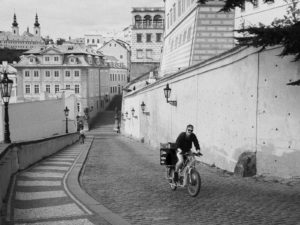 … and the last part of the Royal Road… 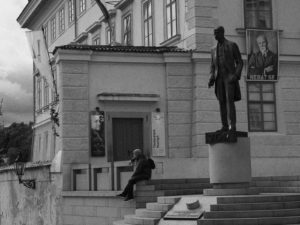 … is watched by the statue of our first president, Tomáš Garrique Masaryk, with locals keeping him company.