Whether you have recently moved to Prague or are just visting, at this time of year you are likely to see signs for burčák everywhere you go. But what, exactly, is burčák? And should you try it, or is it one of those local Czech things that is best avoided? As pretty much every article ever written about burčák is in Czech, today we’re going to give you a brief guide so you know what to look for.

Sometimes referred to by Czechs as ‘Old Mans Milk’, burčák is half-fermented or young wine. This is wine that is taken out a few days into the fermentation process when the freshly pressed grape starts to ferment into a slightly alcoholic fruit drink. This can only be consumed for a relatively short period of time while it still contains the perfect ratio of still un-fermented sugar and alcohol. 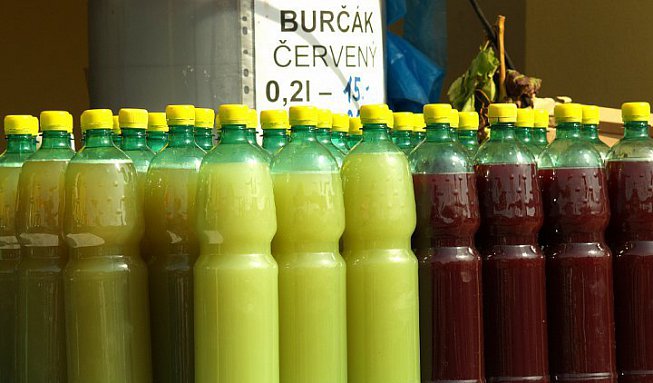 Burčák on sale at a wine festival

The high yeast content guarantees that burčák will contain plenty of Vitamin D, which means that as a drink it is both delicious and healthy. It has a beneficial effect on hair, nails, skin, and also on the nervous system, and the old winemakers say that we should drink as much half-fermented wine as we have blood in our bodies. The real half-fermented wine contains a little more alcohol than beer though, and therefore doctors do not like to see burčák consumed in liters, so it is far better to spread it out over several pleasant evenings.

How to spot good burčák

Compared to normal wine, burčák has the advantage that it is easier to recognize the good from the bad at first sight. Properly produced and stored burčák is still fermenting, so tiny carbon dioxide releasing beads are easily observed in the bottle or glass. Burčák should be ocher in color and may have slightly brownish tones, however it should not be too turbid since more sludge occurs at later stages of fermentation. At that time burčák is more alcoholic and is no longer so sweet, fresh and tasty. If the burčák tastes a little yeasty, this is not actually a defect, but simply a proof of yeast activity, however it should still have a fresh taste and smell. 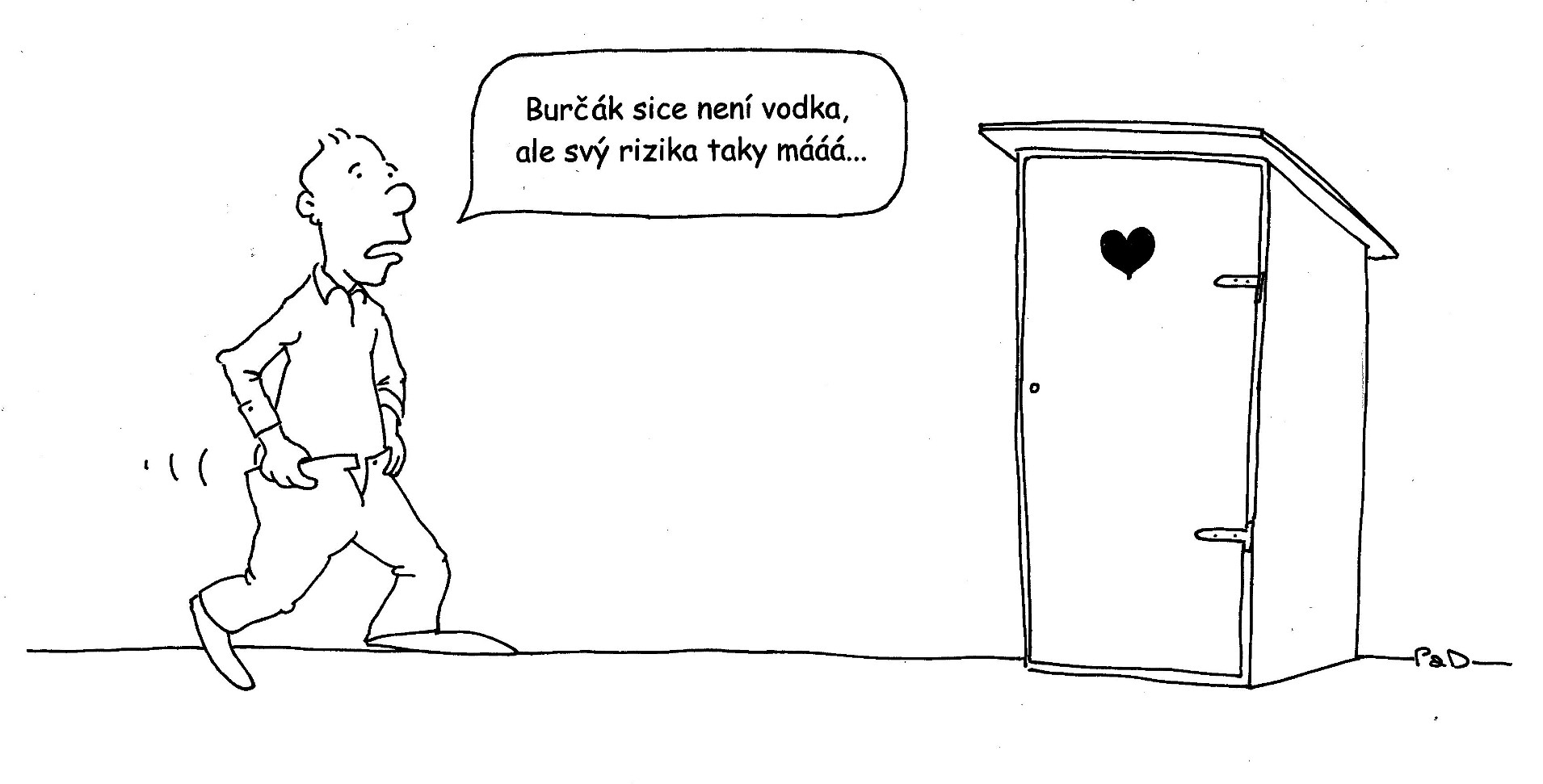 Burčák is not as strong as vodka, but it comes with its own risks!

What is the best way to store burčák?

It can be tricky to store burčák, but a basic rule is that after purchase you should store it in a cooler environment, thus slowing down the fermentation process and keeping your burčák in good shape for longer. At room temperature burčák will not last long, but if you put it in the fridge you can enjoy it the next day. However, it is generally best to drink your burčák immediately after purchase, as once it has gone into a stage where alcohol predominates over sugar it will no longer be so good. 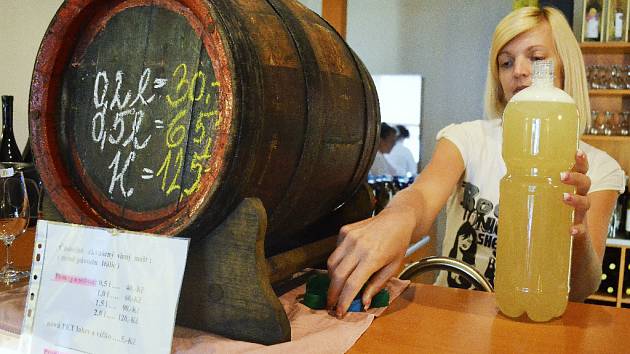 Far safer to drink straight from the barrel

Also important to know is that you should transport your burčák carefully if you don’t want to ‘redecorate’ your kitchen. Burčák is usually transported in plastic containers, and the main error occurs when the cap is fully tightened as this means that the carbon dioxide has nowhere to leak, and this will cause the containers to be pressurized so that all of the contents will leak out of the container once the cap is released. This should be remembered, and if this happens open the container outside while wearing a raincoat or in the shower!

Burčák can only be produced using grapes grown and processed in the Czech Republic, and can only be sold between August 1st and November 30th. The grapes must also be from the current years harvest. Burčák cannot be diluted in any way by the seller, and consumers must be informed that they are purchasing half-fermented wine and where it comes from. 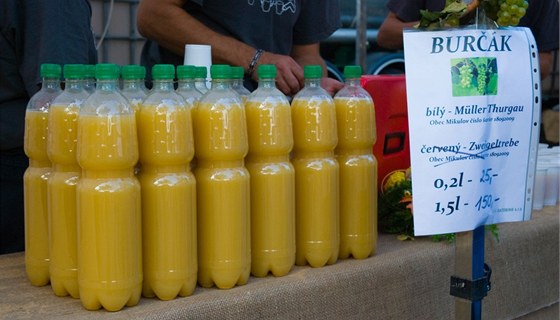 Sellers must identify where their burčák is produced

If you want to try it out for yourself, there are many wine festivals around Prague where you can sample delicious burčák, details of which can be found here;

If you like this post and want to read more, check out our most recent posts here;