The festival of st. Nicholas is recognized across European cultures and it has greatly afflicted how Santa Claus acts in American culture now. How does it work in the heart of Europe? Well, it´s a picturesque scheme. 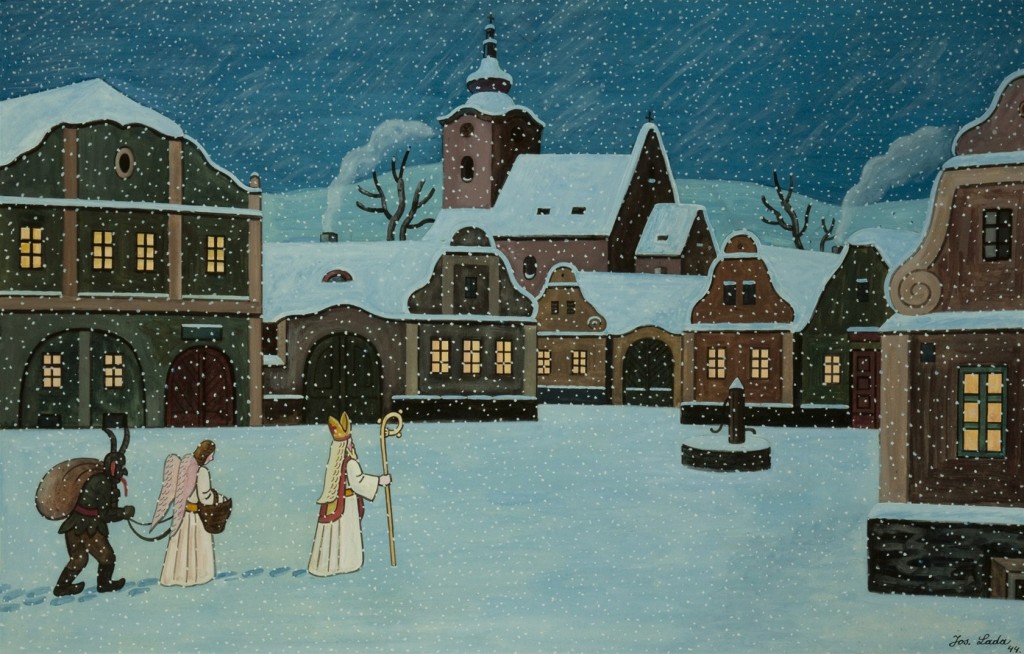 The festival is traditionally atributed to 6th of December in western christian tradition. In the eastern orthodox calendar its 19th of December. Most of the activities connected with the festival are happening one day earlier, which confuses a lot of people. The answer is simple. People who lived before the industrial revolution considered a period of one day to be the time from one sunset to the next one. So the new day always started on the previous evening. Pre-industrial people did not grasp the concept of midnight yet.

In our country,  gangs of picturesque creatures roam through the country on the evening 5th. Angel, devil and Mikuláš go to see the kids! They usually ring on the door, parents bring the kids to the doorstep, St. Nicolas asks the kids whether they behaved well during the last year, and either they say yes or burst to tears of guilt. Sometimes they can learn a poem or song to improve their situation. As a result, they get a little bag with fruit, peanuts, sweets and chocolate golden coins. That´s the part for the kids.

Now the adult part: at the beginning of the winter, you dress up in a bizarre and hilarious (and uncomfortable) costume, and during one evening you have to make a certain route through the households who wish to have you over. It is cold, you are three crazy people, it is cold, you drink something warm with some rum in it, it is even more cold, well, you drink a little bit more. There is several thousand people in this country who do the same thing, everyone dressed up in their homemade or rented costumes. At the end of the evening, you can see poor angel, devil and Mikuláš sliding on the frost covered streets, sleeping in the pubs on the tables or death tired traveling by buses, trams or underground to their homes. Angel, devil and Mikuláš will always get a free drink or place to sleep at (at least until the pub closes). 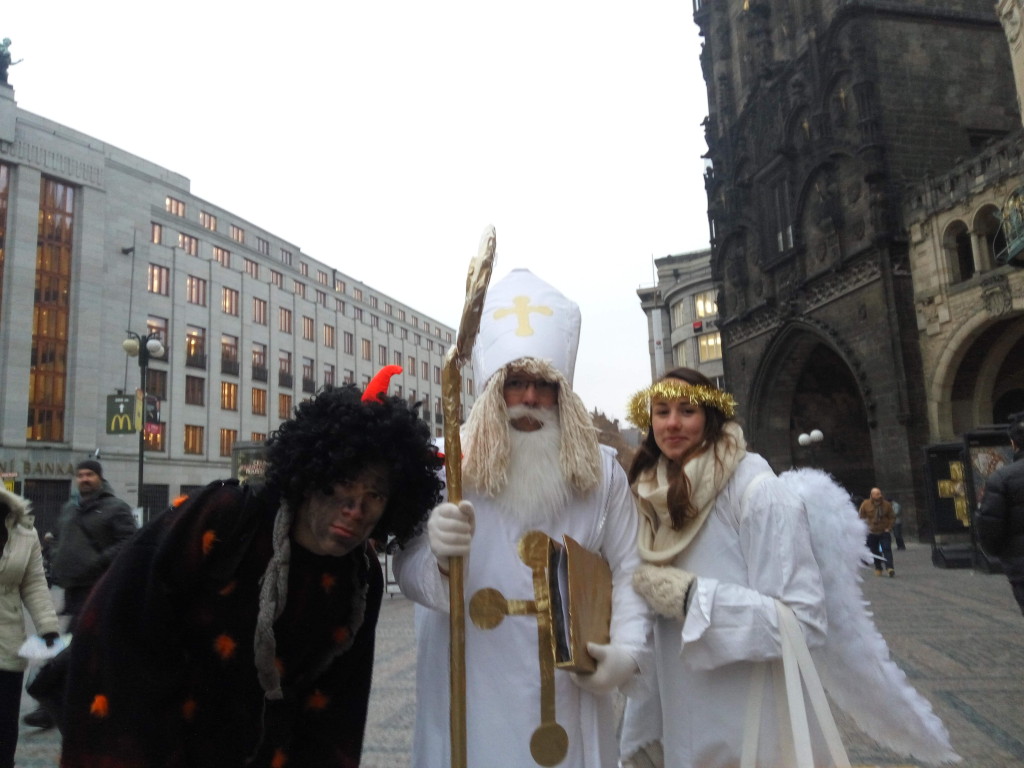 The Devil, Mikuláš, the Angel and Prague

All in all, it is one of the most visible patterns of the Czech cultural tradition, one of the very few. And yet it is fading, many children in the Czech Republic nowadays live a fully secular life where legends, tales and magic has little or no place. Yet, on 5th of December, you see that Mikuláš is still there and crazy and magical things still happen!

One Comment On “St. Nicholas day in the Czech Republic.”