November 17 is a date of global significance. On that day in 1869, the Suez straight was open, on the same date in 1950, the 14th dalai-lama was inaugurated and in 1970 the computer mouse was patented. It is also an international day of students. For Czech people, it isn’t a celebration of liberal student life, partying and education. It has an undertone of the fight against the two ideologies that mutilated the peaceful development of our country in the 20th century – Nazism and communism.

In 1939, the Czech republic (without Slovakia, who already declared loyalty to Nazis) was annexed by Germany, one of the short episodes at the beginning of the WW II. Czechs were overwhelmed by how easy that happened but didn’t resign. A major demonstration against the Nazi occupation happened on October 28, the day of the state declaration, which enraged the Nazi officials who then forbade any following demonstrations. During this event, a young student of medicine, Jan Opletal, was shot in his abdomen and died in a hospital on November 11. Now Jan Opletal was not only an ordinary student, but (most probable) also a member of the underground resistance movement. He spoke openly against Nazis in public in one of the student dorms. He was tipped off by Gestapo agents and during the demonstration shot maliciously because Nazis feared him as a probable future resistance leader. 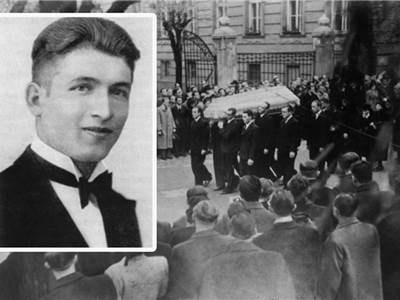 His burial ceremony happened on November 15 and the farewell that students paid to Opletal’s coffin turned into a demonstration against the enslavement of the Czech nation with several thousand participants. After that, all Czech universities were shut down and on November 17, nine student leaders were executed by an executive squad and another 1200 students were sent to Mauthausen, an infamous concentration camp in Austria, reserved for the most dangerous people intended for quick extermination. This meant death for all of the twelve hundred students in less than a year.
It is due to this historical event, that the International Day of Students was set on November 17, the day of the execution. In Czech environment the memory of Jan Opletal and all other students thrived throughout the rest of the 20th century.

During 1988 and 1989 communism gradually collapsed in the countries of Central and Eastern Europe. It began with Poland in the fall of 1988, followed by Hungary in June, East Germany in September and the Czech Republic, Bulgaria and Romania in November of 1989. In the Czech context, this was referred to as “velvet revolution”, because it was soft and peaceful and almost free of all violence. It was triggered by a student demonstration held in memory of the events of 1939. Police tried to stop the students at Narodni trida and the students tried to throw flowers behind the shields of the cops. Thousands of people filled Wenceslas square and used their keys to create sounds. In a few weeks, communism collapsed like a house of cards. Freedom, liberal capitalism and expectations filled the intellectual void of the 1980s. 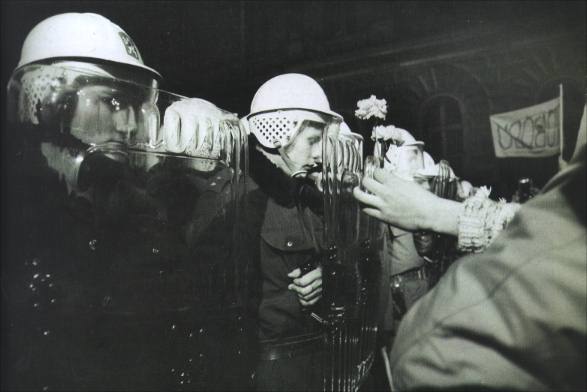 The flowers are pinks, not roses. Roses didn’t have the proper socialist reputation.

Now where are we now, 27 years later?

Czech people are more divided than ever before. One part of the public is rather conservative, mildly xenophobic, opposing the EU (mainly due to some of the not so sensible European regulations) and NATO.  They support the pro-Russian and pro-Chinese president Milos Zeman in his anti-everything attitude, sometimes even declaring sympathies to Vladimir Putin and the way it works in current Russia. The second part of the population thinks that what we are living is a bad dream. We longed for freedom and despised the Soviet Union. Then we were left without an enemy to unite against and particularly older generations see the communist past with certain nostalgia – back then the state made sure you had a job, you had a place to stay and you could even go to Hungary once a year, how great!

Last year, students were not allowed to start their march on November 17 at Albertov, the traditional starting point – Mr. President with some of the far right political representatives chose this as their place to demonstrate their devotion to the ideals of democracy. 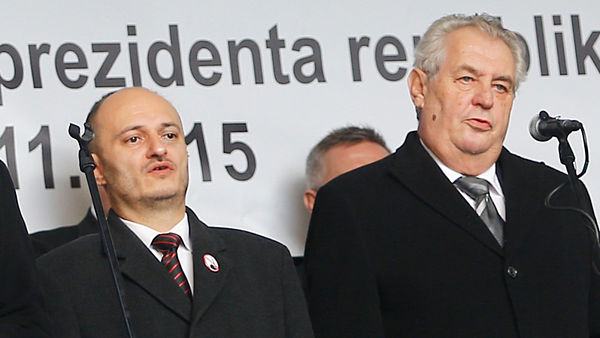 The current situation can be simply described as a disillusionment and division. Grim as it might seem, the students still follow the academic programs, party a lot and carelessly create the spawn for liberal thinking, much needed against any kind of totalitarian politics and thinking. Long live the students!
PS: We also used to be students! This is only a very shortened story. Do you want to know more? Join our Extravaganza Communist tour and get to know much more!