In addition to being a place where many big-budget international films are made, and being the location of the prestigious Karlovy Vary International Film Festival, the Czech Republic also has a thriving film industry of its own which still produces and has produced myriad amazing films since the first half of the 20th century. A golden age of Czech film is generally considered to have occurred during the 1960s, but it came to an end with the Soviet invasion of Czechoslovakia in 1968. And since the end of Communism here in 1989, the cinema arts have undergone a period of rebirth since the 1990s with a new generation of film makers and actors who have admirably continued the region’s long history of cinematic excellence, many of whom are graduates of FAMU, the school of film and television at the Performing Arts Academy.

The following list of film trailers is by no means a comprehensive or complete overview of Czech film, but it should provide some kind of a starting point which will provide entertainment and intrigue to people with a wide spectrum of different tastes, while also giving some insight into the unique and sometimes curious aspects of Czech culture which those of us from the outside find usually endearing but sometimes perplexing. I’ll freely admit that I haven’t seen all of these films, and that many of them were recommended by friends and colleagues whom I asked for suggestions while writing this article. So I won’t go so far as to personally endorse all of them. But it seems like it would be a bit limited and somewhat boring if everything was only listed according to my own specific tastes. Anyway, have a look through here and most likely you’ll find something of interest to yourself. Click on the film titles to take you to the IMDB entry for all the detailed info, and enjoy the trailers. For a long, long list of Czech films, scroll to the end of the article. (And if you have some favorites of your own that you don’t see included here, please leave us link in the comment field.)

1. Closely Watched Trains (1966), a classic of classics about a young railway worker who is trying to defeat the Nazis and lose his virginity, not necessarily that order.

2. Pelíšky (1999), a dramatic comedy or perhaps comedic drama about growing up in Communist Czechoslovakia with raging hormones and unsympathetic parents, which is for some reason one of the first films that will always be suggested by Czechs to immigrants. Sorry, I couldn’t find a trailer with English subs, but watch the trailer anyway ‘cuz it’s hilarious even if you can’t understand the dialog.

3. Kolya (1996), is the story of a middle-aged cellist leading the perfect bachelor life, until he finds himself the reluctant guardian of one of the cutest tiny boys in all of the Eastern Bloc. It won the Oscar for Best Foreign Language film of 1996.

4. The Firemen’s Ball (1967), the last film Miloš Forman directed in Czechoslovakia before going into exhile.

7. Akumulátor I (1994), a sci-fi fantasy about doppelgangers living inside TV sets. Again, I couldn’t find a trailer with English subs, but the visuals are still worth seeing.

8. Skřítek (2005), a grotesque slapstick tragicomedy about a dysfunctional family and their encounters with a local garden imp and each other, and sometimes the police.

9. Divided We Fall (2000), is one of my personal favorites. Like many Czech dramas, it swims in black humor. The trailer doesn’t do it justice.

10. Burning Bush (2013) is an HBO Europe mini-series based on Jan Palach, the Czech student who set himself on fire as a protest against the Soviet occupation of 1968, and the trial of his family by the Communist government after the fact.

Final Note: As will be obvious to anyone already acquainted with Czech film, I haven’t included any of the long list of fairly tales, animated features, or other types of films which have been made here since days of old. Nor have I touched on any of the edgier avant-garde stuff which this country produces in abundance. But hopefully as a consolation, I did manage to acquire (through the miracle of Facebook) a “Top 100” list of Czech films that was apparently passed around among FAMU students under the title “Czech Golden Treasure”. So in closing, I’ll paste that list here at the bottom of this article in order that you may do your own research and find the cinematic marvels most suitable to you mood… 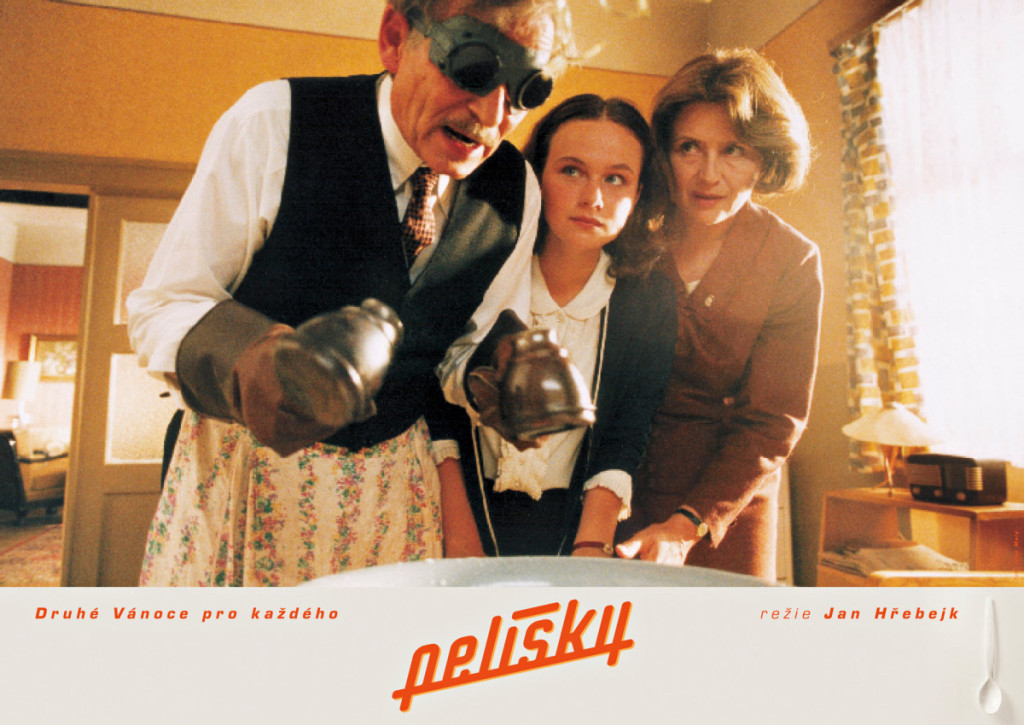