The summer months in Prague mean it’s time for one thing – beer gardens, so today we’re going to do an updated post about some of the best beer gardens in Prague. From the biggest to the smallest, there should be something for every taste here.

1 – Žluté lázně – By far the biggest ‘beer garden’ in Prague, in reality this is so much more than just a beer garden. Situated down on the river in the Podolí area of Prague, this is a sprawling area that offers beer, of course, but also many other things such as beach volleyball, paddle board rental, and occasional events such as beer festivals and concerts. This is also a popular spot for people to just hang out and sunbathe when the weather is nice.

Getting there: Take trams 3 or 17 to tram stop ‘Dvorce’ and it’s across the street 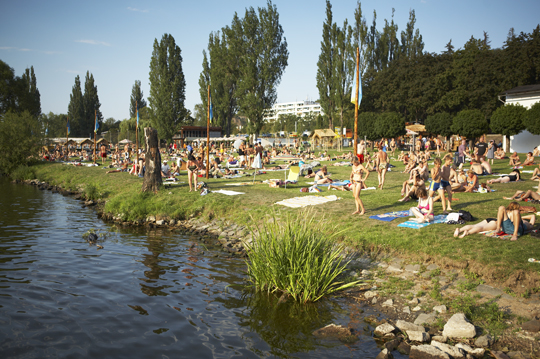 2 – Letná – Situated on top of a hill overlooking the old town and the city center, Letna beer garden is very popular with the expat crowd. The small bar in the corner is open year round, and in the summer months they also have extra bars and grills in operation in the table area serving the usual bar staples of Klobása and similar warm snacks. The biggest drawback is that they only serve been in plastic, but that doesn’t seem to put most people off from visiting.

Getting there: Either walk across the bridge and up the path above the road tunnel from Náměstí republiky, or take the tram to Letenské náměstí and walk in the direction of the river from there. 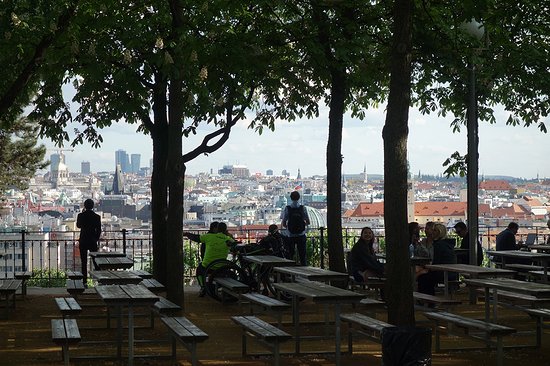 The beer garden in Letna

3 – Žižkov beer garden – This beer garden is situated near the Biskupcova tram stop and at the end of Vítkov hill where it meets Koněvova street. It looks run down, and is only open in the summer months, but is definitely worth a visit if you’re in the area. Not as popular as some of the other places on this list, but with the demise of Riegerovy Sady it is by far the biggest beer garden in Žižkov, and hopefully this will lead to more popularity and more investment to spruce things up a little in the near future.

Getting there: Take trams 9, 10, 11 and 16 to Biskupcova and the beer garden is across the street 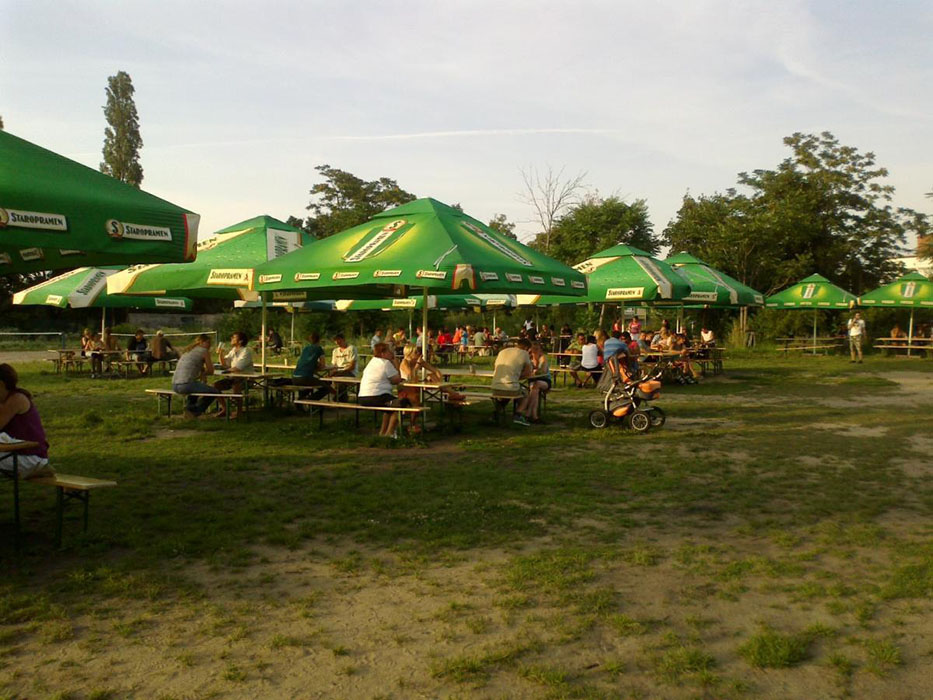 4 – Vyšehrad – This is a great little spot, and well worth visiting for anyone walking in the park around the area. Built on the site of an 18th century fortress and the place where the Celts first settled in Prague, this is probably the oldest beer garden on the list – or it looks that way anyway. The bar itself is small and cramped, but the garden offers fantastic views across the city – in my view the best views of any of the beer gardens on this list.

Getting there: Take the metro to Vyšehrad, then follow the crowds to the fortress. After walking through the big stone gate head to the right and the bar is a few minutes away. 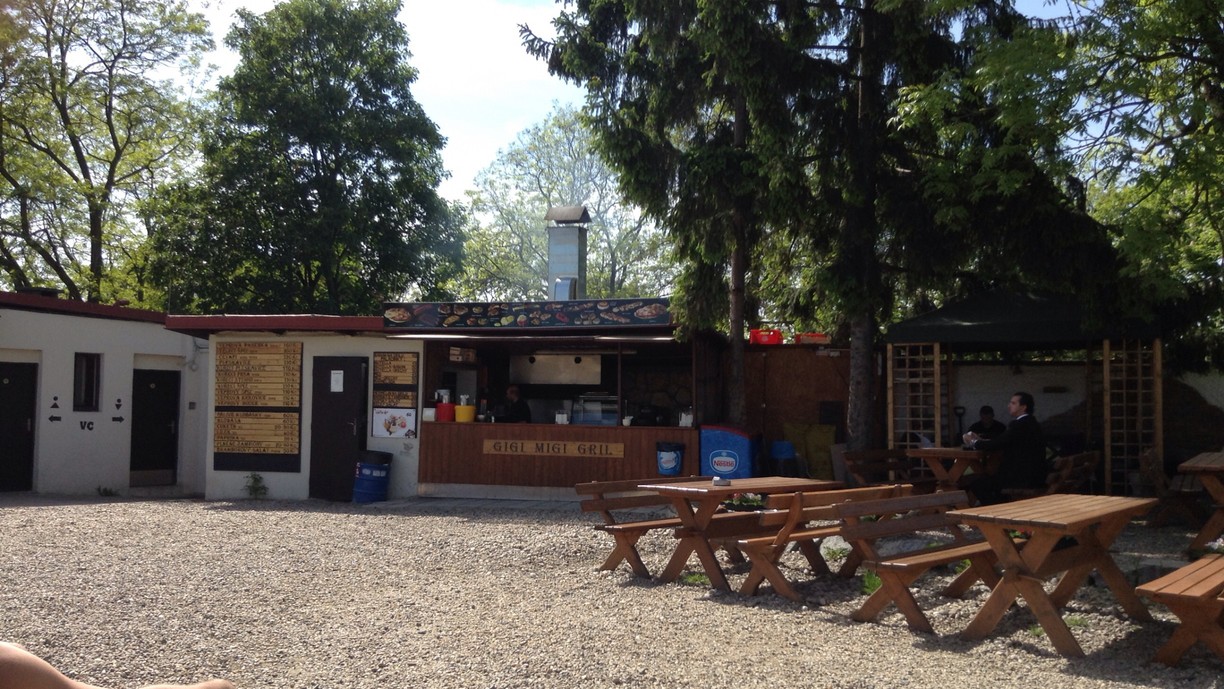 The beer garden at Vysehrad

5 – Klamovka – Situated in the park of the same name in Prague 5, this is a small beer garden attached to a large bar. The beer garden is generally open during the summer months, while the bar is open year round. It has a fantastic atmosphere and is generally filled with locals rather than tourists, so if you want a nice place that is off the beaten track a little this is the perfect spot.

Getting there: Take trams 9, 10 and 16 to stop Klamovka, then cross the street to the park and walk up the hill. 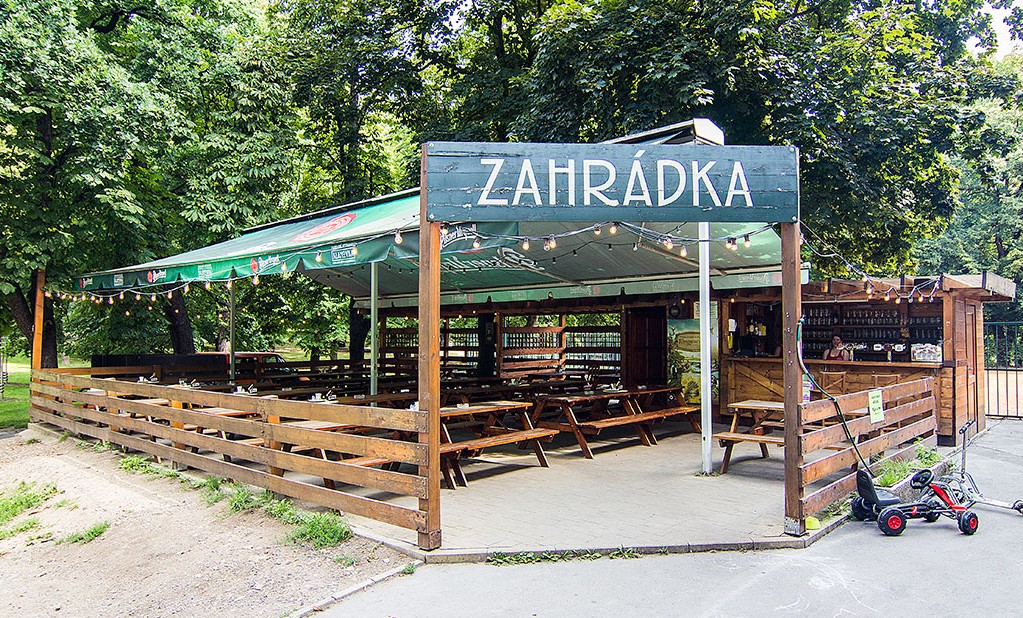 6 – Parukářka – More a bar in a park than a traditional beer garden, this spot is very popular with Žižkovites walking their dogs or running in the park around it. Also a popular hangout for the more edgy, punky crowd, it’s a good place to come and grab a few beers before finding a quiet spot to sit in the park with friends.

Getting there: Take trams 5, 9, 15 and 26 to Olšanské náměstí and walk up the stairs and past the bunker until you see the shack selling beer.

Parukarka before the crowds arrive

So, that’s our list. Tell us about your favourite beer gardens, and we’ll check them out and do another list later on with your recommendations!

Also, you can check out last weeks post about rafting here: