Czechs, by their own account, are some of the least religious people in the world. Nevertheless, the long-standing tradition of All Souls’ Day is alive and well here, so to speak. Over the weekend, the country’s already-beautiful cemeteries began to blaze with the light of thousands of candles, lit in remembrance of those no longer with us whose souls are trying to pass beyond to the afterlife. The Czechs also have thousands of legends and stories about those who have departed this world but who are not able to move on to the next, and therefore keep hanging around in the shadows of night and making their presence felt. In this article, we’ll explain a little about both and see if we can capture the spirit of All Souls’ day, Samhain, and the maybe a little bit of Halloween all in one piece. 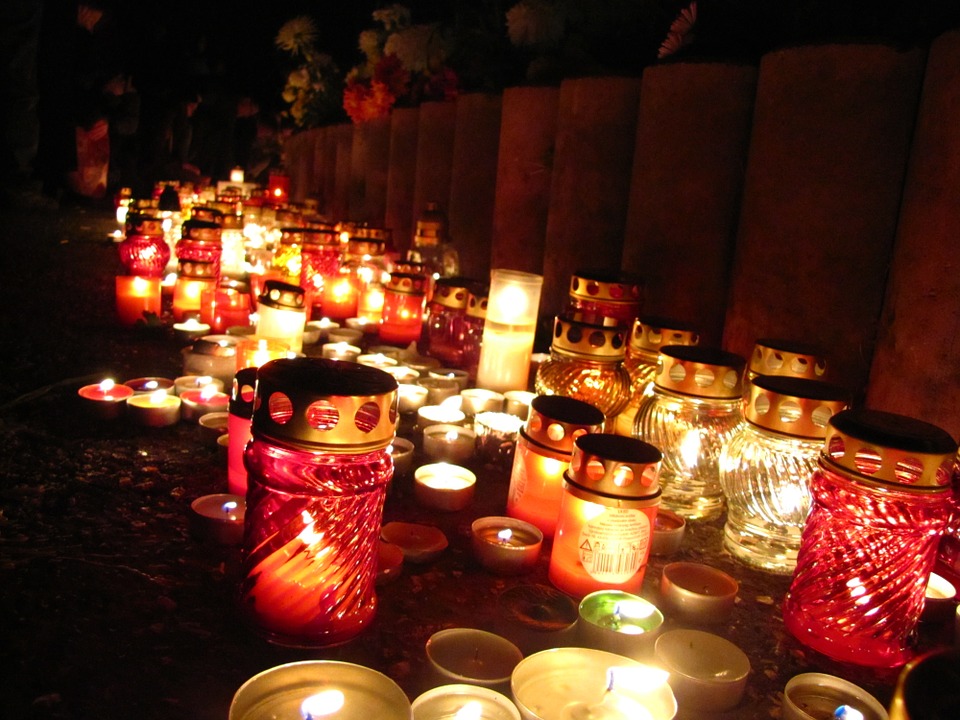 A bit about All Souls Day or Dušičky

According to Catholic doctrine, on the 2nd of November all of the souls of those who have died during the previous year, baptized but with minor sins still unconfessed at the time of death, may be allowed to pass on from purgatory and into the kingdom of heaven. And apparently the power of the prayers of those still on earth can cleanse the deceased of these minor infractions of moral conduct in order to facilitate this passage on the auspicious day. Traditionally, multiple masses are conducted and candles are lit in churches and at gravesides everywhere.

Though only a small percentage of Czechs are still followers of Catholicism (about 10% according to the 2011 census), All Souls’ Day remains an important yearly tradition here. The Czech name for the day is Dušičky which is a really friendly diminutive form of the word duše, soul or spirit. Family members of all generations, from the tiniest children to the eldest great-grandparents, visit cemeteries to lay wreaths and flowers on their ancestors’ graves and to light thousands of candles in remembrance of the dead, illuminating every tomb and gravestone with flickering light.

And what about those poor Prague souls we mentioned earlier, the ones that can’t quite bring themselves to move along? As previously said, the city has a million ghost stories, some of them quite ancient. Prague Extravaganza would be happy to arrange a special ghost tour for you, if you contact us. Or there are a number of books available to the intrigued reader. One of the more popular English-language collections is a book called 77 Prague Legends by Alena Ježková which you can find pretty much anywhere in Prague that sells books. That, you can track down and read for yourself, if you’re interested. For this article I tried to find a couple of stories that I’ve never seen printed in English before, and they are retold below so read on… 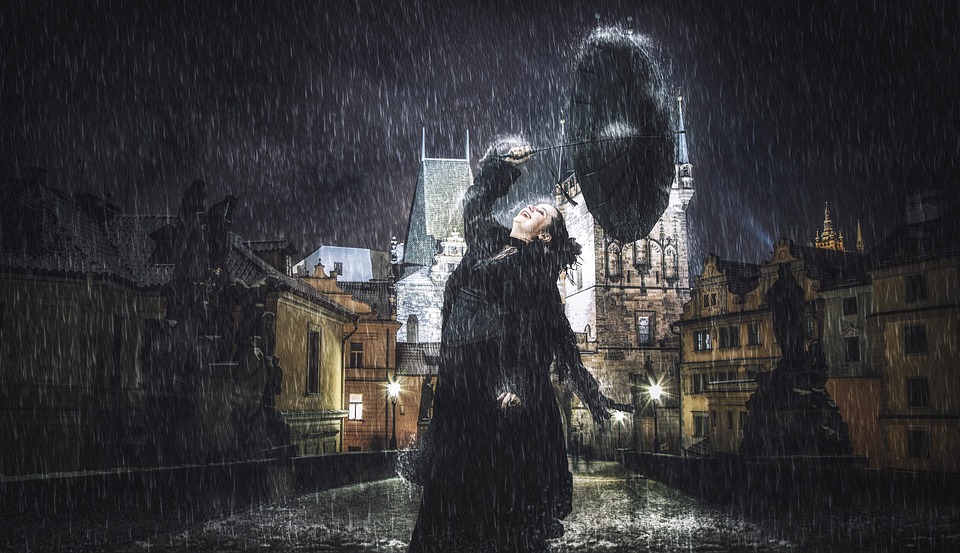 Many centuries ago there was a beautiful young lady of the evening who plied her trade on what is now Celetná street off the Old Town Square. She was a well-known local character notable for her outspokenness, her foul mouth, and her love of practical jokes, of which everyone sooner or later became the butt. The local clergy was no exception. One dark night after midnight a certain priest, who was almost legendary for his piety and overall moral uprighteousness, was returning to the rectory from a home where he had just administered last rites to a dying family member. In his hands he carried a large iron cross. The death had been difficult, and the priest was still a little spooked and nervous as he made his way among the shadows down dark and foggy Celetná street. Suddenly, out from a doorway in front of him jumped the loud-mouthed scarlet young woman. “Boo!” she yelled as she ripped open her bodice, exposing her naked breasts to him and bursting into maniacal laughter. The priest was so startled that before he even knew it, he had lashed out in fear with the cross and broken the poor girl’s skull. A second later when he realized what he had done, the shock of it caused him to have a stroke and he fell down dead on the street next to her. People say that sometimes on a quiet night when the moon is full, the priest and the prostitute can still be seen together on Celetná street. He is walking in penance with his eyes tightly shut, praying fervently for forgiveness of the sin of murder, while she prances about him making lewd jokes and exposing herself and trying to break his concentration. 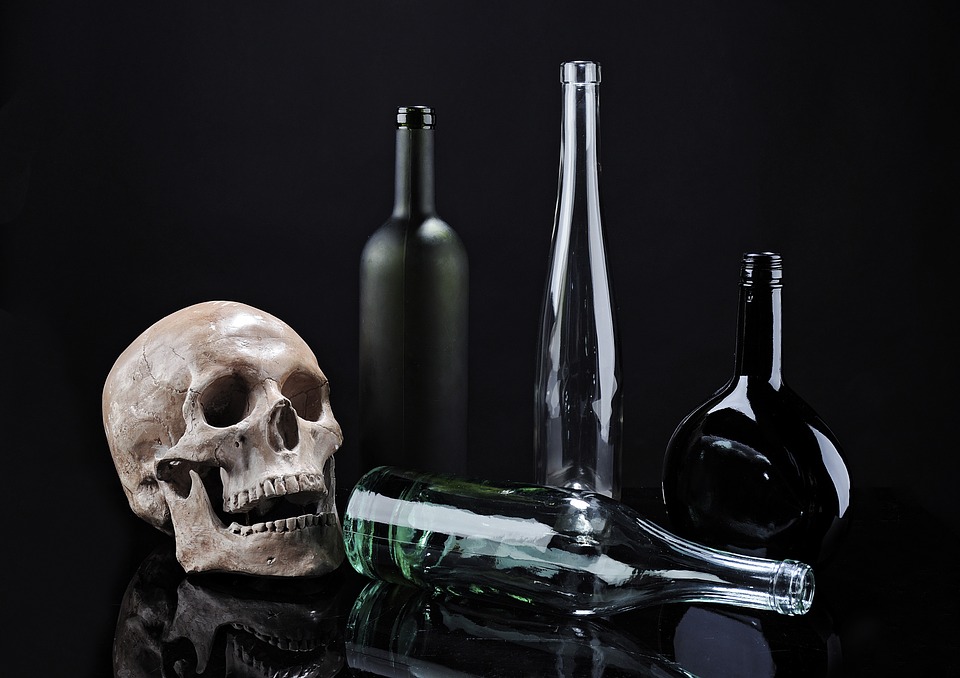 It is said that many, many years ago there was a doctor who lived in the Old Town who was completely fascinated by the human form and who was an avid collector of skulls and other bones. He was often seen walking around graveyards, and he knew a certain grave digger whom he could bribe into letting him pick through the bones in the ossuary to add to his collection. He was particularly interested in specimens that were unusual or abnormal in some way, somehow deformed, very large or very, very small. The doctor was particularly interested in the skeleton of one of his servants, a man so tall and thin that he couldn’t walk through a doorway without stooping or talk to another person without bending down to hear them.

As the servant was still living, the doctor wasn’t able to add his skeleton to the collection… yet. But he constantly pleaded with the man to agree to leave his body to science when he died, so that the doctor would be able to eventually possess those bones he craved. He offered to pay the servant handsomely for this with a sack of gold coins. And he promised the servant that if he agreed, then his skeleton would hold a place of honor in the collection and would forever after stand in the front hall of the doctor’s house with a top hat on its head and a gentleman’s walking stick with a gold knob in its hand. The servant declined the offer. He thought the whole thing sounded strange and didn’t like the idea of his remains spending eternity propped up like a gaudy display in a wax museum.

However, the servant was a drinking man, and was frequently short of money because of it. All his earnings were spent at the pub. One day when he was at his poorest and payday was still weeks away, the doctor fell seriously ill and it looked as if he didn’t have long to live. The servant, cooking up a scheme, went to the doctor’s supposed death bed and told him that he had had a change of heart and would now be glad to sign over his remains to the doctor. The servant thought that the doctor would soon expire while he himself would live for many more years, and that their agreement would be forgotten as soon as the doctor was dead. So he signed the contract, collected his bag of gold, and headed off to the pub with his pockets bulging with money.

That night a horrible snow storm raged outside while the servant sat in the pub consuming drink after drink. When he eventually left for home, he was none too steady on his feet and managed to fall over into a snowbank where he passed out and spent the night. When morning came, he was frozen as solid as the ground. The doctor miraculously recovered from his illness soon after and did exactly as he had intended to do with the servant’s remains. And there in his hallway to this very day still stands the gigantic skeleton with its noble top hat and elegant stick. And every night at midnight the servant’s ghost animates its old bones and takes them for a walk through the center of Prague, stopping along the way to beg a few coins from whoever he sees, trying to collect enough money to go have a couple more drinks at the pub. 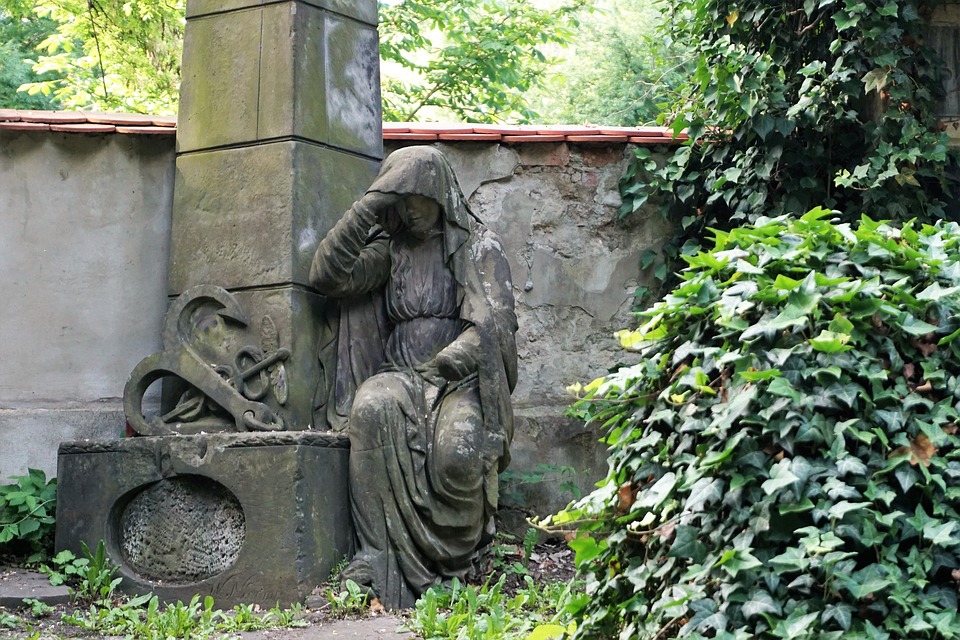