I was born and raised in a small town in eastern Nebraska in the heart of American farm country. When I was a kid, to me Czechoslovakia was just a place in Europe with a funny name that was marked on the globe that I had been given as a present for my seventh birthday. My family left Nebraska and moved to the east coast of the U.S. when I was in my early teens, and the next time Czechoslovakia entered my consciousness wasn’t until just after high school graduation. An acquaintance of mine entered the army and during some testing in his basic training, it was determined that he had an aptitude for languages. This was still during the Cold War, so in order to start preparing for a position in military intelligence, he was assigned to start studying one of the languages that was spoken behind the Iron Curtain: Czech. “What language is that?” I asked him when he told me about me about it. “It’s the language spoken by the ethnic majority in Czechoslovakia,” he answered, “the ones that don’t speak Slovak, the other language.” Huh, no kidding. That was news to me. I didn’t know anything about the place. And I didn’t give it another thought. Little did I know at the time that a couple of decades later I would be moving to the former Czechoslovakia, and struggling to learn that language myself…

Now, imagine my surprise when, a couple of years ago, after more than a decade of my living in Prague, a childhood friend sent me a link to a Facebook page that was devoted to the small town in Nebraska where I spent my formative years and, when I looked at the page, the first thing I noticed was that a number of the people posting there had names like Svoboda, Novak, and Paseka, monikers which I now know are common Czech surnames. What was up with that? So I posted a question of my own, asking if anyone knew why that was, or where those family names had come from. In response, I received 60-some messages telling me all about a cluster of small towns and tiny villages nestled in a chain of small hills very close to my hometown, which is known informally and somewhat jokingly, as the Bohemian Alps, and which was settled primarily by Czech immigrants in the late 1800s. No way! I had no idea that the place where my roots are buried had other roots stretching back to my current place of residence. So it seems the world is always smaller than we think.

The bustling metropolis of downtown Garland, Nebr., in the Bohemian Alps. -photo by Ammodramus

According to Bohemian Alps’ resident Ted Kooser, author, professor, and former Poet Laureate Consultant in Poetry to the U.S. Library of Congress (who was gracious enough to send me an electronic copy of his book, Local Wonders: Seasons in the Bohemian Alps),  the region is a narrow, 40-mile-long stretch of small hills comprised of clay, glacial till, and small red boulders deposited there at the end of the last ice age. It’s not the best farm land in the world, but the Czech and German immigrants of the 1870s did what they could with it when they arrived, after having left Central Europe as a result of over-population and a scarcity of available land in the Old Country in the 19th century. The incoming settlers were about two-thirds Czech and one-third German, and Mr. Kooser writes that the ethnic make-up of the region is still roughly the same today, much like the original Bohemia was at the time of their exodus. He also states that the Czech language is still spoken among the oldest residents of the area, though it has fallen into disuse among the younger generations who may know no more than a few words of the mother tongue of their ancestors.

Wanting to learn a little bit more about the modern Bohemian Alps and how much of an influence of Czech culture there still is in the region today, I posted some questions on the above-mentioned Facebook page, and was happy to see that a large number of Nebraskans were glad to share their knowledge and experiences. Mike Semrad, Sr. tells me, “My Semrad line settled near Abie, Nebraska (which is west about 10 miles from Prague, Nebraska). Many residents still speak Czech, the young ones still have Czech accents from their elders, and the local activities include polka bands, Czech Festivals and authentic Czech food. And of course, a love of… pivo!”

Cindy Glenn writes, “My grandmother lived in Abie, Nebraska for many years! She had two huge gardens and some fruit trees. She made kolaches and rolls every week. [That’s koláč in Czech, the round, fruit-filled pastries that you see in every bakery and grocery shop in the Czech Repuplic.]  She also did lots of canning. She would share her baking with neighbors. Her and my step-grandfather ran the tavern in the town for many years. They had fish fries and polka bands every Friday. She also spoke Czech. I learned some of the language (mostly how to interpret it, it’s hard to ‘speak’ it, they roll their tongues). I am very proud of my heritage!”

One thing that several people mentioned when they responded, was that many people in the area still live on the ancestral lands that were settled by their great-great grandparents well over a century ago. I found this surprising given the general nationwide decline of the American family farm in the last part of the 20th century. Joy Fornoff writes, “The rolling hills are beautiful. The ppl that settled in this area are very hard workers and have farms that have been passed down to their kids who work and live off the land. Old timers still speak Czech among themselves… They farm soybeans, corn and raise cattle for market.” And Chris Roh Habib adds, “My Czech ancestors came to the US in the mid 1800s. They first lived [at] Tama, Iowa before moving to Butler County, Nebraska. The Roh family still farms the original homestead in [the town of] Abie.”

In the Czech Republic to this day, many families who live in the city maintain a summer cottage in the country, which is called a chata in Czech. And since the mid-19th century there has been a sports and cultural movement here known as the Sokol, which maintains clubhouses in most communities. Apparently, both of these traditions were taken to the New World as well. Debra Diers Hyre told me, “As a child, we used to go to Sokol Camp in or near Waterloo, Nebr. It was a Czech community of fishing cabins on the Platte River. Rustic. No electricity. I believe there was plumbing… that’s way back. My family got invited to go (back then you had to be Czechoslovakian to own a cabin there) because one of my aunts married into a second generation Czech family and that family owned a cabin. Those cabins were “summer weekend” living only. I remember everyone spoke Czech. We swam in the river … the water at the camp was shallow in many spots and sandbars formed and we would go exploring … pretending we were Robinson Crusoe. This [must] have been in the early 1970’s.” 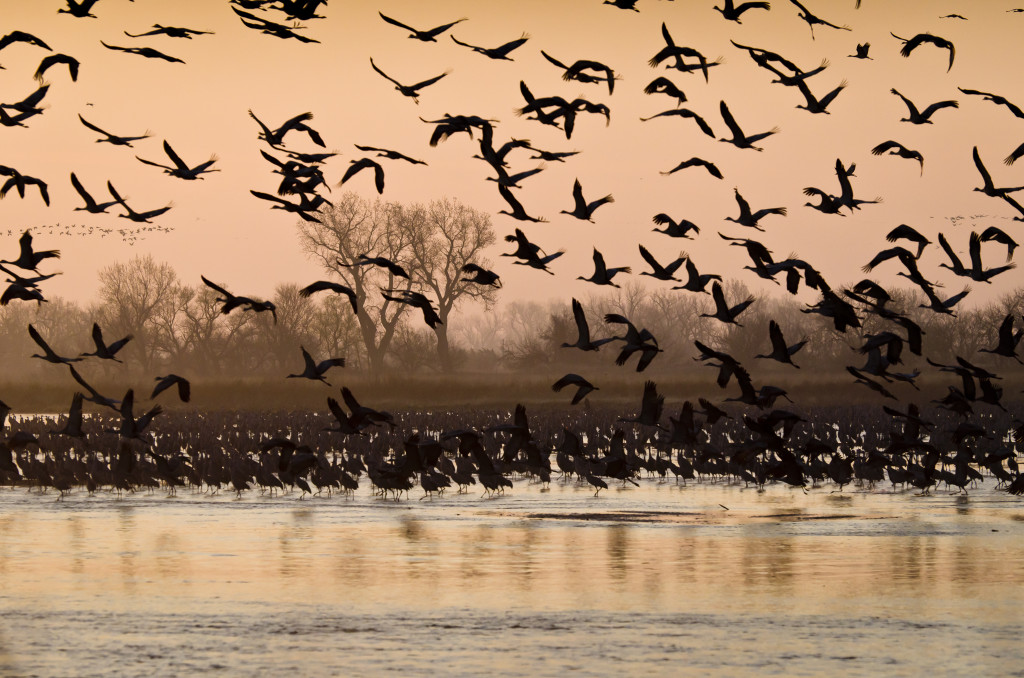 All of this is only a fraction of what the people of Nebraska told me about the Bohemian Alps but, unfortunately, it’s all I have room for this week here in this tiny blog. I’m very grateful to everyone who was willing to share their knowledge with me. And I hope that maybe sometime in the near future, I’ll be able to write a longer piece for publication elsewhere in which I’ll be able to use everything that I learned this week, and recount some more of the stories that were shared with me that I couldn’t fit in here.

In conclusion, for anyone interested in learning more about the Czech immigrants who settled on the Great Plains of the U.S., a number of people sent me links to some of the many websites that are maintained by the people of Czech heritage in Nebraska. I hope you find them as interesting as I do.

4 Comments On “THE BOHEMIAN ALPS in Nebraska, U.S.A.”