I’d been in the country for all of three days. I wasn’t sure where I was exactly. I was having a hard time putting my shoes on because I couldn’t stand up straight. It was 11:00 in the morning and two elderly ladies had just made me staggeringly drunk by feeding me strong shots of homemade plumb schnapps over coffee and copious amounts of sweets and little open-faced sandwiches. I couldn’t understand anything anybody said despite all those hours I’d spent listening to the language CD. When I’d arrived an hour earlier, I’d taken my shoes off outside the flat before entering, like a good guest. Now I was leaving, and I couldn’t get them back on without sitting down on the hall floor. While I struggled with my foot gear, above my head someone said, “Welcome to the Czech Republic. It was nice to meet you.” My head was spinning. It didn’t stop for a couple of years. 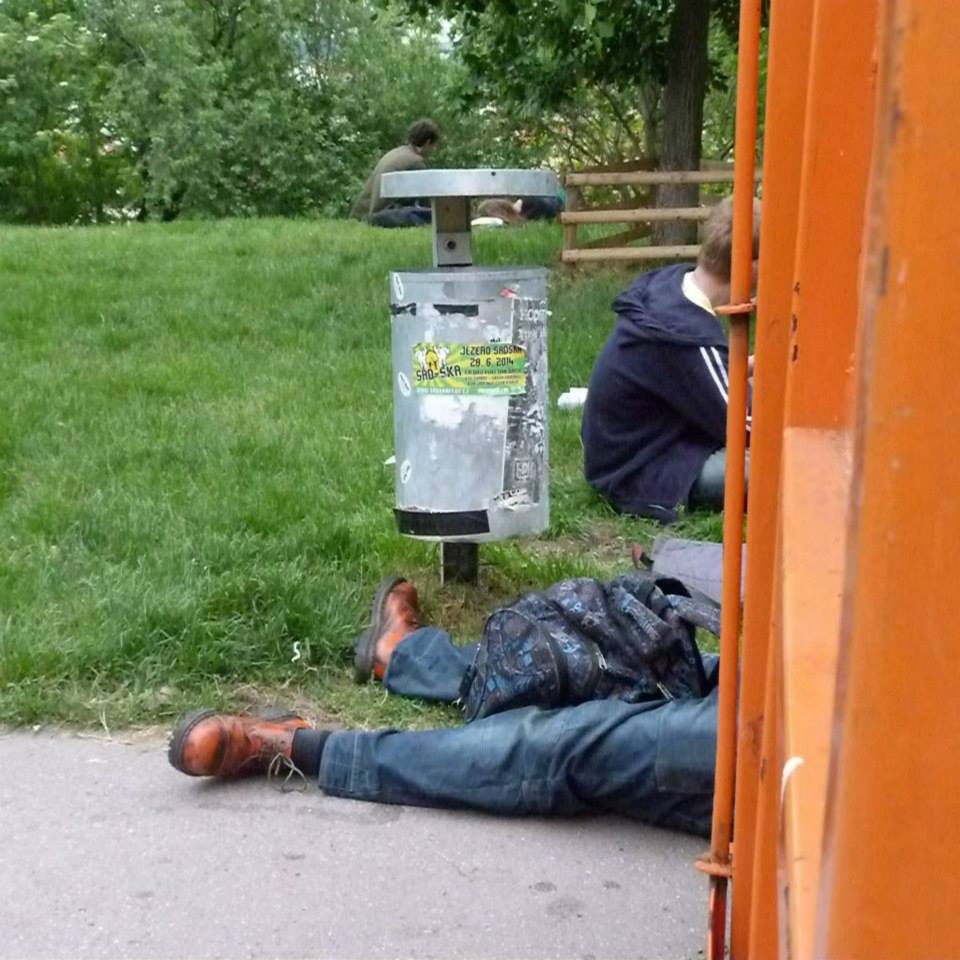 Prague is a fabulous place to make new friends.

This month Klara asked me to write a piece about what’s it like to be a foreigner living in the Czech Republic. I don’t claim to know what it’s like for all foreigners, so I’ll just write about how some of it’s been for me over the past 12 years. One of the first things I realized upon moving here, after quickly learning that everybody offers you alcohol all the time on all occasions, and that empty glasses never stay that way for long, was that being able to sip a drink very slowly was a critical survival skill that I needed to learn. While I was mastering that (sort of), I figured I should also attempt to learn the language. 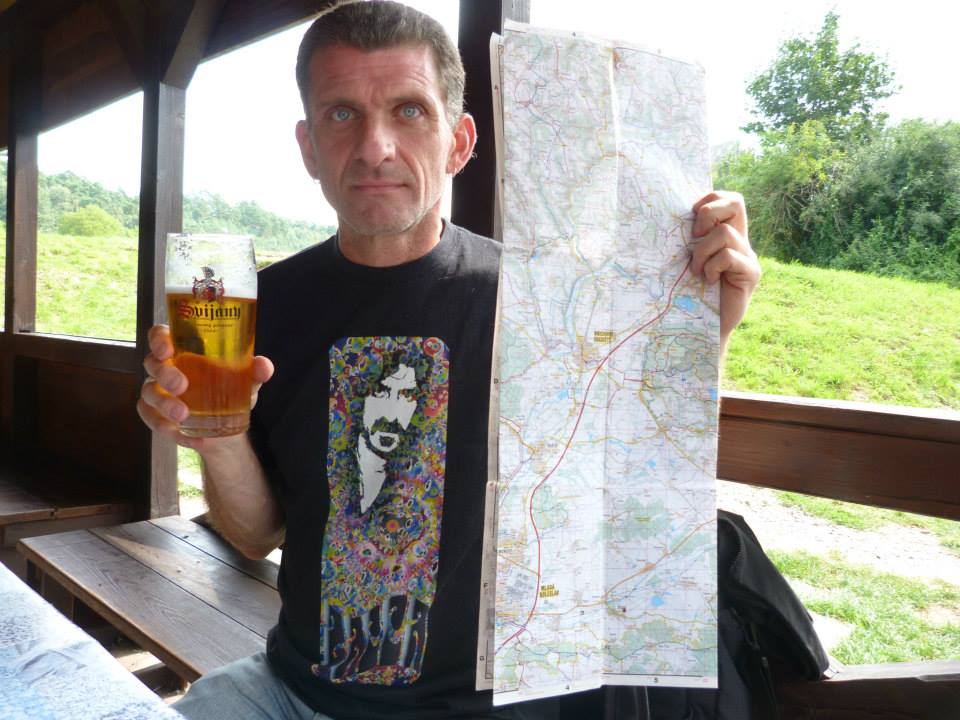 Never leave home without it.

When I first came to this country, I spent a year living in a small town where the local language was the only language, and my entire life at work and off work was about language. Like many others, I taught English during the day and I studied Czech every evening, spending hours poring over battered copies of Teach Yourself Czech and Chcete Mluvit Česky? (The latter title translates approximately as “So, you think you wanna speak Czech, huh? You fool.”) I had never started learning a second language (besides a little high school Latin) until a few months before I moved over here. As I’m sure you’ve already heard, Czech is ferociously difficult for a monolingual Anglophone to learn, and I’ve learned to live with the fact that I will certainly never get it right, even if I’ve managed a certain inconsistent fluency. The Czech’s brother Slavs, on the other hand, like Poles, Serbs, Ukrainians, etc., seem to have an easier time with it as they come from a mother tongue that’s in the same language family. As for myself, I feel lucky that native speakers tolerate my horrible grammar or occasionally find my atrocious accent cute.

This almost never happens when visiting the Foreign Police. The Foreign Police is the governmental body responsible for issuing visas and residence permits to swingin’ international adventurers like myself, also known as resident aliens. Every day the Foreign Police must deal with thousands of Americans North and South, Europeans, Africans, and Asians. For the most part, the Foreign Police do not speak any American, African, Asian or other European languages. They speak Czech. If you want a visa, you too will speak Czech. Or hire someone to speak it for you. But periodic visits to the Foreign Police are no longer the nightmare purgatory experiences of years past. These days you can do your visa business largely by appointment, but back in the day there was no such system. So you would go to the the battered old processing center at the crack of dawn, hours before it opened, in order to stand in line to get a number that wouldn’t be called until late in the afternoon, if at all that day. If they didn’t get to your number, too bad. You came back the next morning before the crack of dawn to get in the line again and start the entire process all over. At that time it was common to miss two or three days of work just to submit your visa paperwork. Thankfully, that scenario is now a thing of the past, though the modern experience is still far from being either efficient or pleasurable. 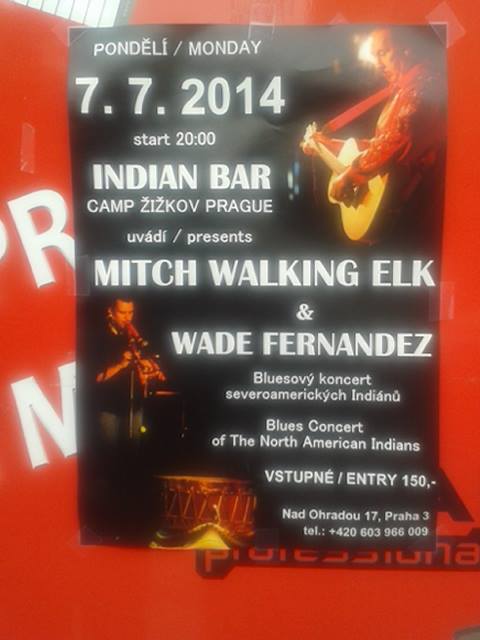 Prague tries hard to be one of the most multi-cultural cities in Europe.

If you can work your way through that process, then you can get a job and become a real stand-up community member. They’ll let you pay taxes and everything. In fact, they’ll insist on it. And then you can settle down to having a real life here in the carnival that is Prague. This is the same as having a real life in most modern industrialized cities, I suppose, except with much better scenery and a much higher level of cultural activity. So you work, you make some friends and start going out with them to clubs and concerts and festivals and trips to the countryside. You learn that beer is not just a beverage, it’s a meal. You discover that European Union laws and regulations are considered to be strong suggestions, only occasionally to be taken seriously. You find out that telling a coworker she looks hot in that dress is not necessarily considered a form of sexual harassment in the workplace. You learn that curbside sewer grates also function as public restrooms for small children and unsober men. You discover that absolutely nothing productive on a professional level can ever happen during the last two weeks of December or over the summer holidays. And eventually you start to take it for granted that naked boobs are no big deal. Or anyway, that’s what it’s been like for me. So I guess I’ll stick around for a few more years and see how it goes. 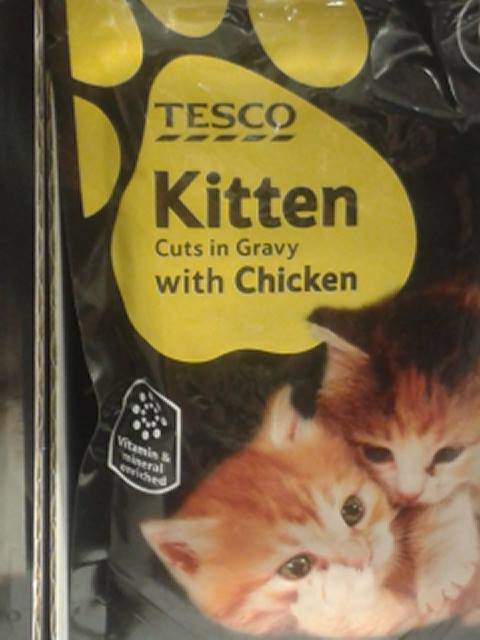