Here in Prague every year for the last 13 years, August is the month when the circus comes to town. The event is the Letní Letná International Festival of New Circus and Theatre, and the place is Letenské Sady, the big park with the metronome and beer garden high on the river bank opposite the Old Town. Over the past decade, Letní Letná has become one of the premier cultural events of the summer season, offering attendees a chance to indulge in a wide spectrum of the performing arts with presentations combining acrobatics, dance, live music, physical theatre, slapstick comedy, and just about anything else that involves bodies spinning through air, fire breathing, inhuman feats of strength and agility, and the risk of life and limb. Good times, you betcha. Something to amuse and entertain everyone, but only if you’re completely prepared to be blown away by what you might see. 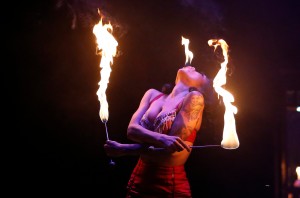 From its humble beginnings in 2004 when 6,300 people attended about 60 shows, to last year’s event which drew approximately 38,000 spectators during its two-week run, Letní Letná has been an internationally acclaimed festival which not only brings in some of the finest new talent from around the world, but which also specifically provides a venue for new pieces produced by Czech circus and theatre companies, and offers those companies a chance to have their work exposed to a wider audience and gain publicity at an international level. At the same time, the festival maintians a relaxed, noncommercial atmosphere in an open-air environment, presenting works for both adults and children including a full program of family-friendly events and actvities. 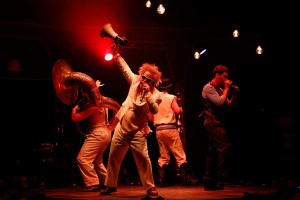 One of the big international draws this year is the Australian company LIMBO, who bill their performance as possibly “the greatest party between heaven and hell.” Directed by Scott Maidment, it’s a spectacle combining acrobatics, stunts, and contortionism set to live music composed and performed by New York’s Sxip Shirey, featuring an international troupe of entertainers and talented crazy people performing what their website claims is “the show so hot, Madonna came twice.” (From the reviews I’ve seen, this is probably not one for the kids. But great grandma might enjoy it if she was a hip flapper girl during the 1920s.) 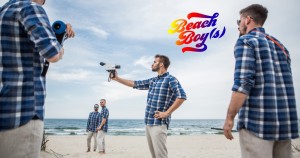 Narcissistic Californianism with the Czech Republic’s own Losers Cirque Company.

The festival’s featured new local work of 2016 is Beach Boy(s), inspired by the aesthetics of Californian retro with elements of cirque nouveau and the culture of narcissism. Directed by Jiří Havelka, choreographed by Linda Rančáková, and with music by blisteringly good guitarist and composer Igor Ochepovsky, this is the latest project developed by the Czech Republic’s Losers Cirque Company with the support of the Ministry of Culture. 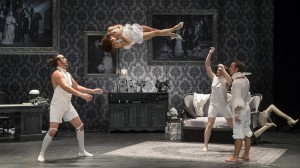 A scene from The Elephant In The Room by French company Cirque Le Roux.

And, of course, there’s much more to see and do than just what I’ve mentioned here during the full schedule of mainstage events every day starting from 11:00 a.m. and continuing into the evening. Letní Letná also has a full side program which features, among other things, daily art workshops from 12:00-18:00 where you can draw a picture or create a souvenir of the festival with the guidance of experienced artists, face painting for both kids and grownups, and an historical exhibition about Czech circus life through the ages which will be housed in an authentic wooden circus caravan of the style used during the first half of 20th century. You can check out the Letní Letná website to find out what’s suitable for children and what’s not, or to find out which events are specifically Czech-language-oriented and which are marked on the website with a little blue smiley face and labeled “good for foreigners”. 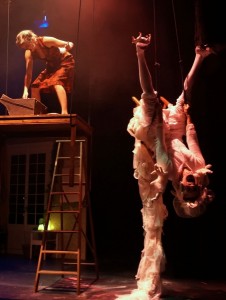