What does a tour guide do when there are no tourists due to the recent health crisis?

Starting last week, Prague Castle was open again, after months of being closed. To promote the opening and to get more people in, from 29th May to 1st June 2020, most of the castle objects were opened free of charge.

As a guide, I am used to being there all the time, but I packed my camera a and went to have a look at the “deserted” Prague Castle and the buildings, as the limit of people allowed inside was limited (for hygienic reasons).

Let just say I underestimated the love Prague people have for their city. 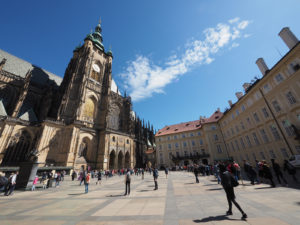 3rd courtyard of the Prague Castle 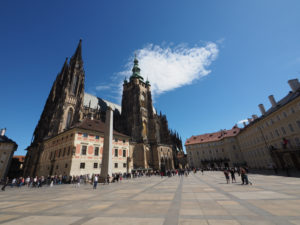 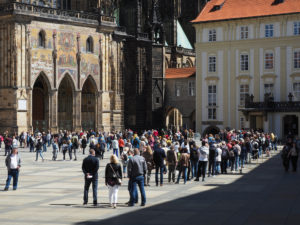 People in a line to the Old Royal Palace

Even before 10AM and the building opening, there were quite long lines formed. The weather was nice though, so I took advantage of having my good camera and took some nice pictures. 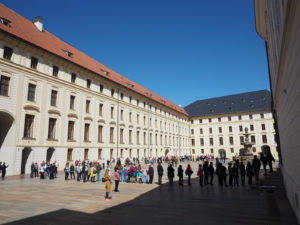 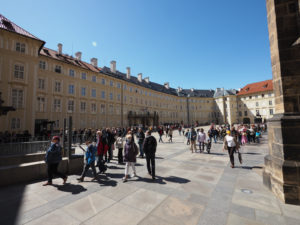 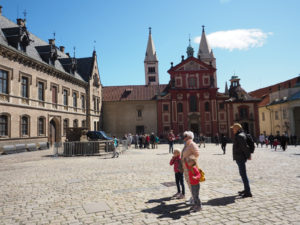 Yes, there were crowds, but these crowds were quite different from what we know. 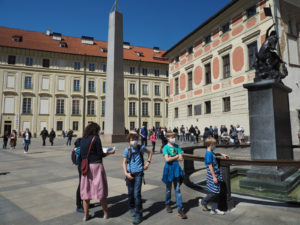 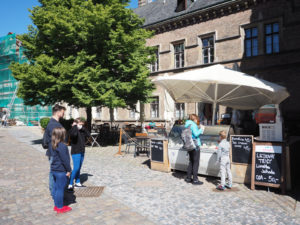 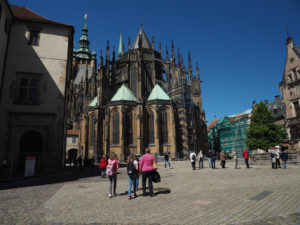 It was families with children, couples, friends here, a lone photographer there. The castle restaurants changed their prices considerably to lure local people in. Though they are still on a bit more expensive side, they are affordable now. 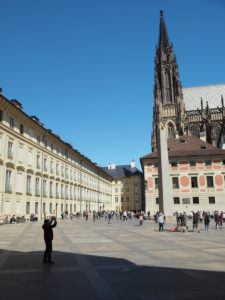 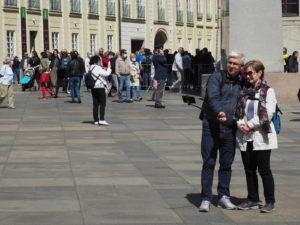 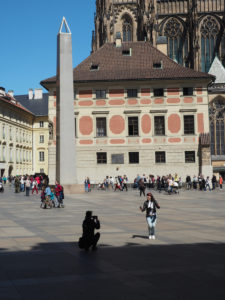 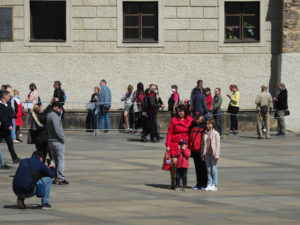 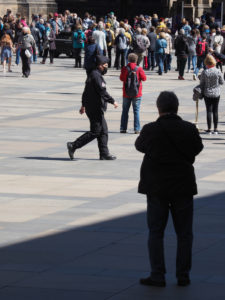 I didn’t get into the main buildings, the lines were for hours. But I was lucky to get to renovated Rožmberk’s palace, which fell off the radar of most of people. They did a nice job with the renovation and the view is stunning! 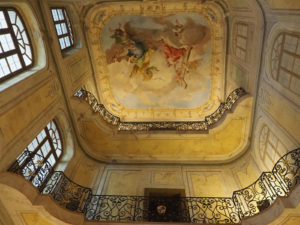 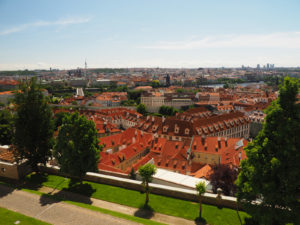 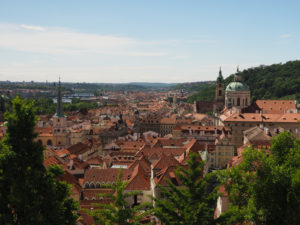 The Prague Castle is on standard opening times for the summer season now. Even though insides of the buildings are paid for, they are still very much worth it. And much less people on a normal day. Just join us and see for yourself! 🙂

And when you walk down the narrow Castle stairs, you don’t battle the crowd of people nor number of performers or beggars.

You hear peacocks from the Waldstein Garden.