It’s old news by now in the international beer press and in European beer tourism circles that the variety and diversity of beer brewed in the Czech Republic has been steadily changing over the past five years or so. The standard golden pilsners and lagers that have dominated Czech brewing for the past century are now sharing tap and shelf space with a new generation of craft-brewed beers which are being turned out by recently-opened smaller breweries all across the country. Ten years ago it was difficult to find a pub or restaurant that offered anything more than one standard brand 10-degree beer like Gambrinus or Staropramen along with the ever-present Pilsner Urquell. Now there are a plethora of new drinking establishments which are monuments to and museums of fine Czech and international microbrews. And in Prague as well as in most other towns and cities across the country, there are many self-brewing restaurants and pubs where you can taste the ales, weisbeers, stouts, and other beers that they brew right there on the premises. 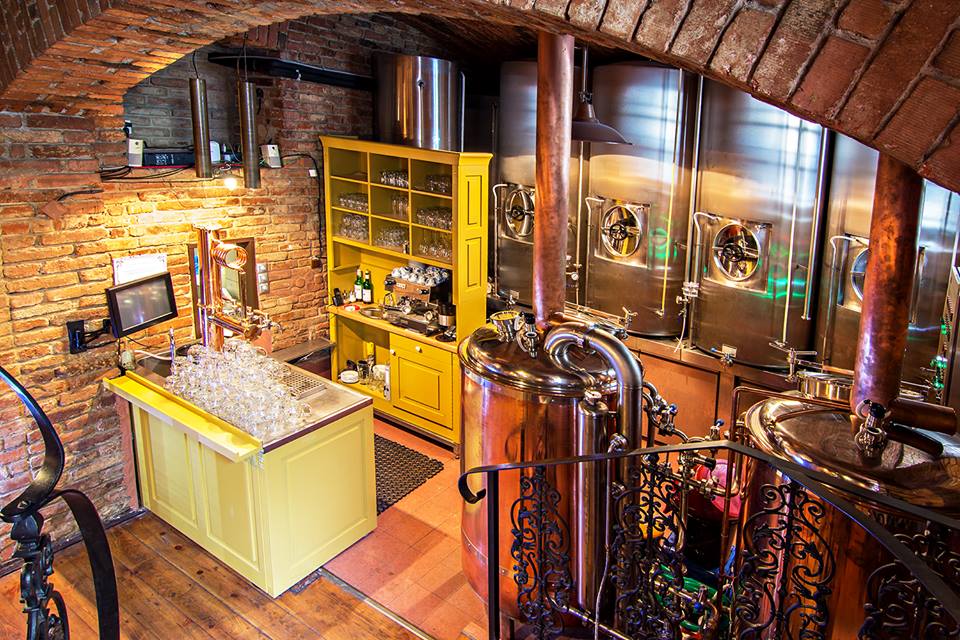 The interior of U Dobřenských

The following, in no particular order, is a list of 7 Prague microbreweries and a brief description of each, all but one located within 10 to 15 minutes walking distance from either Old Town or Wenceslaus squares. Though they all represent a relatively recent trend in tastes, several of them have been around for quite a while and are located on premises where beer has been brewed for hundreds of years. You should be able to make it to all of them within about 12 hours if you put your best effort into it. It may take a little longer if, like me, you feel the need to try one of every available variety of beer at each brewery. Best of luck with that. Have a look at the map links in the article and you should be able to navigate pretty easily from one brew house to the next. Enjoy!

1. Klášterní Pivovar Strahov (Strahov Monastery Brewery) is located at the beautiful Strahov Monastery high atop Petřín hill and not far from the castle. This is the one from the list that’s not in the same neighborhood as the following six. The monastery was established in the mid 12th century by the Premonstratensian monks, and apparently beer has been made here on and off since around 1400. The current brewery’s menu is extensive, but I’ll start with the amber every time I go there. You can ask your Prague Castle Free Tour guide to point out the monastery to you while you’re touring, or you can take tram 22 to stop Pohořelec. When you’re finished, walk back down through Petřín for some great views.

2. Pivovar Národní (National Brewery) is right next door to the National Theater near the river, one of Prague’s newest small breweries operating since 2015. They serve their own brand of Czech Lion lagers on tap, as well as their special Liberty Wolf Ale. They have a large outdoor garden for your enjoyment while the weather still holds, and they offer a wide variety of mostly Czech cuisine which I’m told is very good, though I haven’t tried it yet.

3. The Hotel U Medvídků Brewery is located in a 15th-century building with much of it’s Gothic interior preserved. It’s been functioning as a brewery since 1455, with the exception of an interruption during Communist times, and today boasts that it is the smallest brewery in the Czech Republic. They are known primarily for their Oldgott half-dark lager and the dangerous XBeer 33, which should always be approached with caution, as it’s a 33-degree lager with an alcohol content of 12.6%. They’re located just a few meters from the giant Tesco at tram and metro stop Národní Třida. 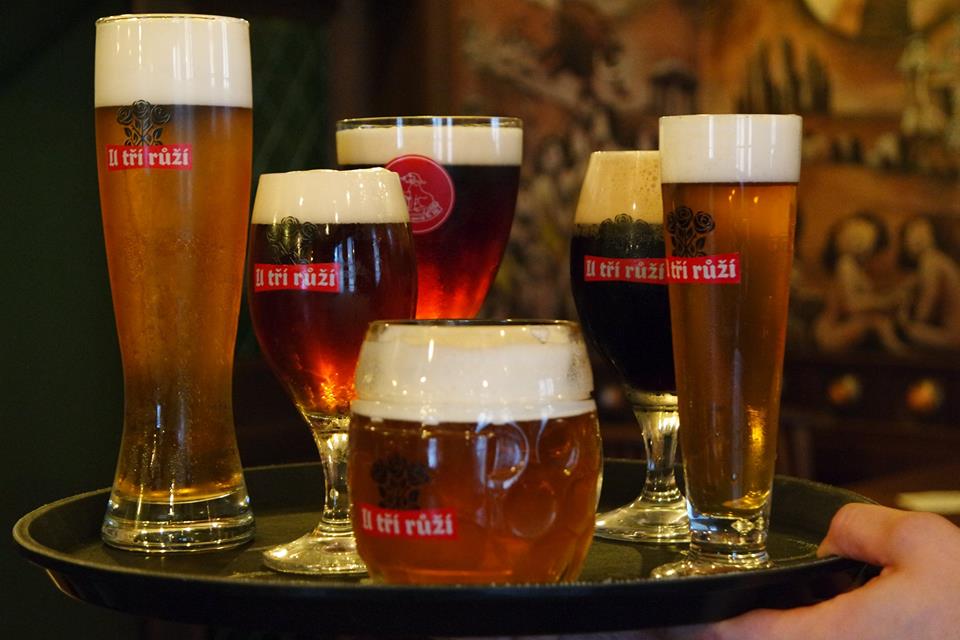 4. Pivoar U Tří Růží is located right around the corner from both Old Town Square and Charles Bridge in the absolute heart of the tourist center. Their menu lists 24 different beers that they make, and you can find six of those on tap at any given time.

5. U Fleků is a well-known Prague institution that has supposedly been manufacturing beer continuously for 500 years. Just like U Medvídků, it’s an ancient brewery that was nationalized during the Communist period, and then returned to the original family just after the fall of the regime. Inside are several large, ornate drinking halls decorated in historic style, and an extensive garden out back. They run an old-time Czech cabaret show every weekend and an accordion player frequently roves about. They brew one beer and one beer only, the black Flekovský lager. You’ll find them on Křemencova. Look for the unique clock hanging over the entrance. 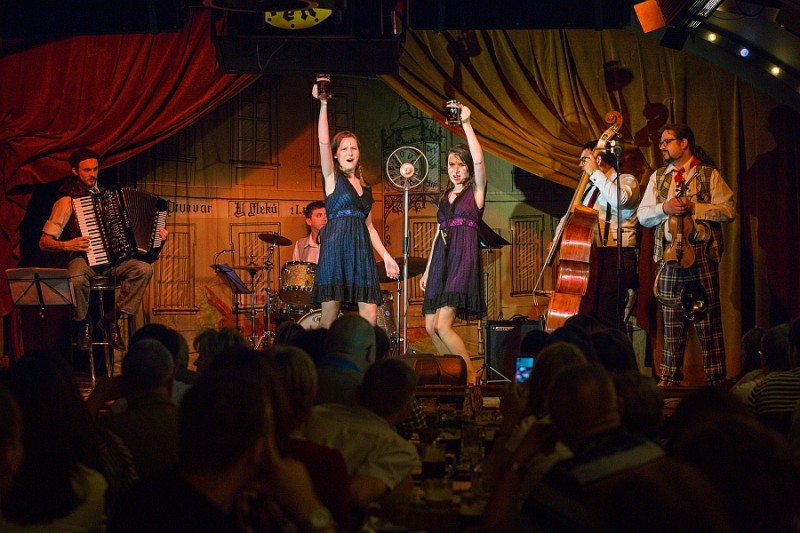 The old time cabaret show at U Fleků.

6. U Dobřenských brews a number of different herb-enhanced ales. You’ll always find two standards on tap, Tribulis ale and Slavia sage stout, and a third which varies according to the season. They’re new on the Prague beer scene, having just opened in the summer of 2015. They’re located about a block from the river and quite near the National Theater.

7. Novoměstský Pivovar (The New Town Brewery) was founded in 1993 and sits just a few hundred meters from Wenceslaus Square. They brew their own dark and light lagers and are a good place to clear your palate between the heavier beers.