To state the obvious, Prague is a very beautiful and interesting city. Over the centuries it has charmed not only its own inhabitants, but has also attracted visitors from all over the world, some of whom have been quite well-known personalities. Of course there was Mozart, whom you can hear all about when you go on a Prague Extravaganza Free Tour, and there have been many others as well. Some of these people have simply visited the jewel of Central Europe, sometimes forming a special connection with the country, and some of them made Prague their home for some period of time. This week we’ll take a look at some of those well-known people and tell you when and why they were here. 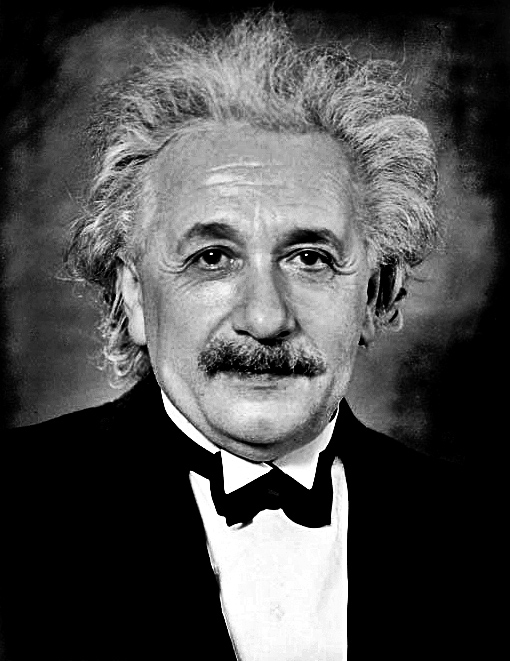 In 1910, during the twilight years of the Austrian Empire just before the outbreak of the First World War, the German University in Prague was in need of a professor of theoretical physics after the retirement of a long-term faculty member who had been at the university for more than 30 years. Albert Einstein, who at that time was teaching in Zurich, was recommended to the Ministry of Culture and Education in Vienna as a likely candidate for the position. In January of 1911, Emperor Franz Josef signed Einstein’s letter of acceptance, and then he, his wife Mileva, and their sons Hans Albert and Edward moved into a new 3-bedroom flat located in the city’s Smichov district at Lesnická 1215/7. From then until the summer of 1912, Einstein taught in a building at Viničná 159/7 which today is part of the Faculty of Natural Sciences of Prague University. During his time here, in addition to lecturing not only at the university but also publicly at Prague’s Klementinum in the Old Town, Einstein also wrote a number of theoretical scientific papers and hobnobbed with the likes of Franz Kafka and Max Brod. 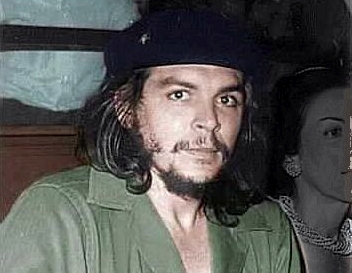 Viva la revolution… Che laid low in Prague before setting out on his final mission to Bolivia where he was killed in 1967.

The Argentinian-born iconic revolutionary Ernesto “Che” Guevara, who was a military commander in the Cuban revolution and later a minister in Fidel Castro’s government, came to Prague a number of times and spent several months hiding out in Communist Czechoslovakia during the 1960s. Che first traveled here as part of a trade delegation in October, 1960, during which time he secured a transportation industry credit of $40 million from premier Antonín Novotný. Several years later, after his failed attempt to foment revolution in the Congo, Che returned covertly to the Prague area to recuperate in secrecy and plan for his next and last fatal mission during which he was killed while training a guerrilla army for the Marxist takeover of Bolivia. Between March and July of 1966, Che stayed in a safe house operated by the Cuban secret service in Prague’s Holešovice neighborhood, and also in a villa in the town of Ladví just outside of the city that was a safe house used by the Czechoslovak Interior Ministry . Because of the secrecy surrounding his presence here, we know little about his activities in and around Prague at that time, though there are many theories and stories of varying degrees of credibility. 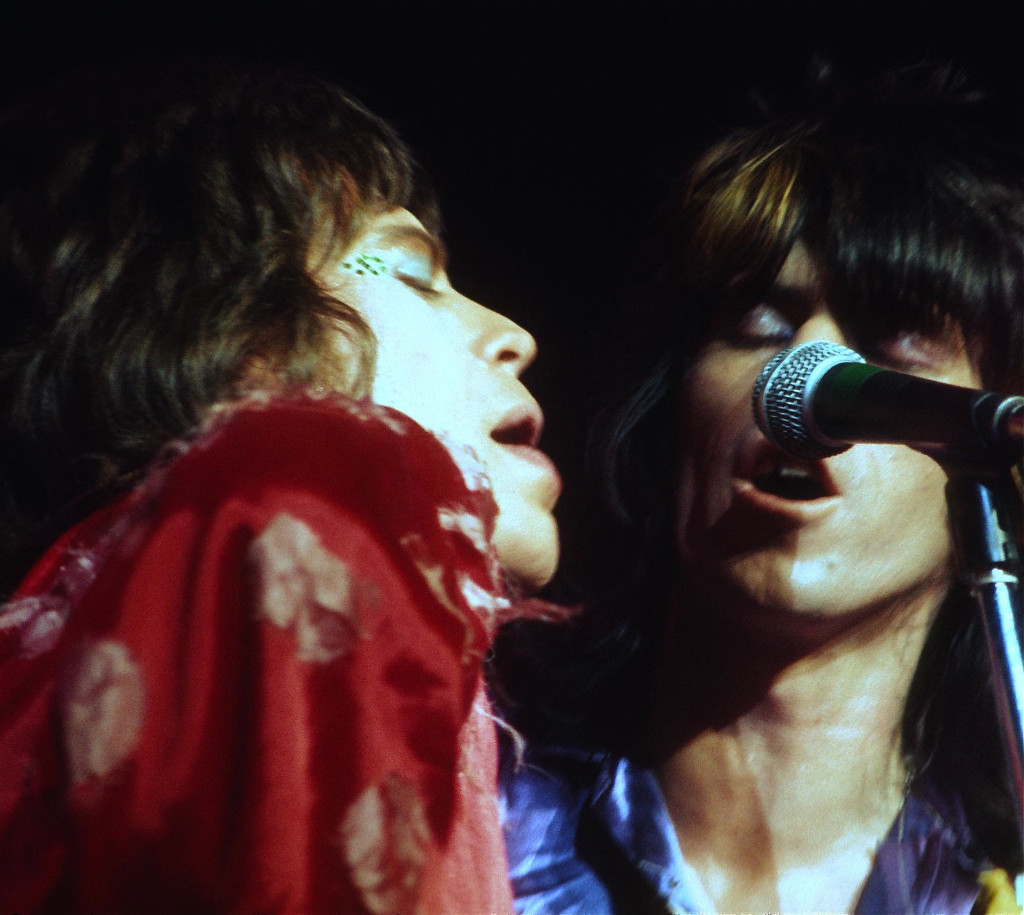 Mick Jagger and the Rolling Stones were friends of President Vaclav Havel.

The Rolling Stones became friends with former President Vaclav Havel and have had a special relationship with Prague ever since the end of Communism here. They met Havel during their first appearance in Prague in August, 1990, less than a year after the Velvet Revolution, when they played for 107,000 people at Strahov stadium. The concert was organized by invitation of the President and the Stones were his special guests at Prague Castle. Tickets for the concert were inexpensive and the Stones didn’t charge for their services, and all proceeds from the concert were donated to a charity for disabled children that was run by First Lady Mrs. Havel. In August, 1995, the Rolling Stones returned to Prague, this time to play to 120,000 people at Strahov, and once again were guests of the President at the Castle. Noticing that the castle’s lighting was not all that it could be, the musicians donated $32,000 for a lighting renovation of four of the castle’s ornate grand halls, supervised by their own Voodoo Lounge tour lighting designer. And then in July of 2003 Mick Jagger chose Prague as the site for his 60th birthday celebration, partying in grand style at the British embassy with a star-studded guest list that included, among many others, President Vaclav Havel. Of course no party weekend is complete without a large live music event, and the Stones played to an audience of 80,000 at Letna park. 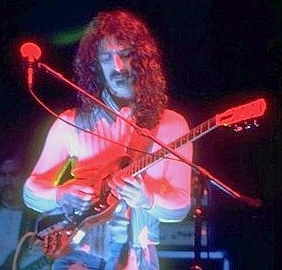 In January, 1990, avant-garde musician and composer Frank Zappa was appointed Special Ambassador to the West for Trade, Culture, and Tourism for Czechoslovakia by President Havel barely two months after the downfall of the Communist regime. Zappa’s music and political thinking had a big impact on the underground arts scene and dissident culture during the 1970s and ’80s. His work was officially banned by the censors during that time. However, much of it was smuggled into the country anyway in the form of bootleg cassette tapes and other recordings. One of many underground bands influenced by Zappa was the Plastic People of the Universe, who were arrested and tried in 1976 on charges of plotting to disturb the peace after playing at a festival. It was in part these arrests that motivated Havel and other dissidents to start the Charter 77 movement in January, 1977, which called on the government to end human rights abuses and political repression. Over two decades later, as first president of the newly-free Czechoslovakia, Havel invited Zappa to Prague and proposed the position of Special Ambassador which the composer accepted. They had one subsequent meeting to discuss Zappa’s ideas for increasing tourism in the country, but shortly after that the appointment was withdrawn under pressure from U.S. Secretary of State James Baker, who supposedly told Havel, “You can do business with the United States or you can do business with Frank Zappa.” Badly in need of U.S. economic aid at the time, the president had no choice but to heed Baker’s words, though it’s also reported that Zappa and Havel remained friends afterwards. 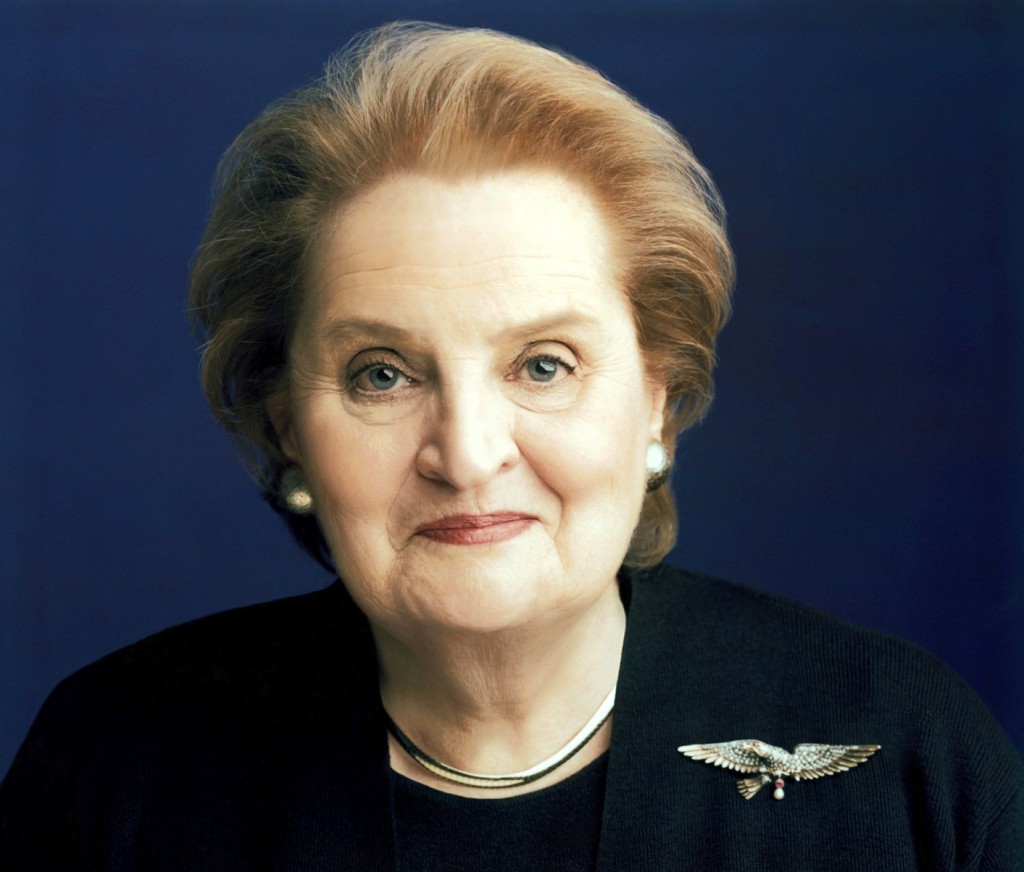 Former U.S. Ambassador to the United Nations and U.S. Secretary of State Madeleine Albright was born in Prague’s Smichov district in 1937 and her original name was Marie Korbelová. Her father, Josef Korbel, was a diplomat with close ties to Czechoslovakia’s founders Tomáš Masryk and Edvard Beneš, who was serving as president at the time of the German invasion of 1939. Because of her father’s association with Beneš, after the occupation Albright’s family was forced to flee to Great Britain where they spent the war years while her father worked for the Czechoslovak government-in-exhile. The family returned to Czechoslovakia after Hitler’s defeat at the end of the Second World War, but not for long. When the Communist government took over the country in the elections of 1948, the family once again fled, eventually seeking political asylum in the United States where Albright became a citizen in 1957. President Bill Clinton appointed Albright Ambassador to the United Nations in 1993 and then in 1997 she because U.S. Secretary of State. In 2000 the BBC published an article stating that Czech President Vaclav Havel was speaking openly about the possibility of Albright succeeding him as president of the Czech Republic, but Albright’s spokespeople said that, though the issue had been discussed, she had never considered it seriously. In 2013 Albright published a book about her experiences, Prague Winter: A Personal Story of Remembrance and War, 1937-1948.