Prague has long been a favored location choice for big-budget international film and television production companies. Scores of feature films have been made here during the last few decades, as well as numerous television serials, and the entertainment industry remains alive and thriving to this day. Chances are you’ve seen numerous movies and TV shows that were shot in this lovely city, and you may or may not have been aware of it. This week, we’ve put together a list of the cinematic marvels of Prague for your viewing pleasure, complete with links to their trailers. So grab some popcorn and a beverage of your choice, and kick back and slack for a few minutes while you check them out.

1. Anthropoid (2016) is based on the true story of two commandos, one Czech and one Slovak, who assassinated SS General Reinhard Heydrich in Prague during the Second World War. Heydrich was the Hitler-appointed governor of the occupied Nazi protectorate of Bohemia-Moravia.

2. Hellboy (2004) is an adaptation of a Dark Horse Comics graphic novel, the action-packed story of a demon who defends the world from the powers of darkness and things that go bump in the night.

3. The Brothers Grimm (2005) Director Terry Gilliam recasts the historic folklorists Jacob and Wilhelm Grimm as a pair of traveling conmen who end up trying to rescue a tiny village from the evil witch of the woods whether they want to or not.

4. The Chronicles of Narnia: The Lion, the Witch, and the Wardrobe (2005) is based on the fantasy classic of C.S. Lewis. Four young English siblings find the entrance to a world beyond their dreams at the back of an old wardrobe in their eccentric uncle’s country house.

5. From Hell (2001) is another graphic novel adaptation from the work of comic-book genius Alan Moore. It’s the story of a drug-addled psychic who also happens to be a London detective, and his quest to apprehend the notorious Jack The Ripper.

6. The Zookeeper’s Wife (2017) is scheduled for release at the end of this month. Look for a drama based on the true story of the keepers of the Warsaw zoo during the German invasion, and their efforts to save hundreds of people and animals.

7. Yentl (1983), the Barbara Streisand classic about a young Jewish girl who disguises herself as a boy in order to get a decent education.

10. Amadeus (1984) You can’t make a list of Prague films without referencing this ’80s classic about the unstable life of the musical genius Mozart.

11. Hidden Assassin (1995) a.ka. The Shooter, an espionage thriller about a CIA agent who races against the clock to prevent the assassination of a Cuban diplomat in Prague.

12. Stalingrad (1993), an epic war drama about the battle of Stalingrad as seen from the point of view of German army officer.

13. Solomon Kane (2009), yet another comic-book adaptation. Not the greatest film in the world, but I like it because the minor cast members are almost a who’s who of my Prague drinking buddies over the last few years.

14. Kafka (1991) is a fantastical and bizarre interpretation of the life and works of Prague writer Franz Kafka, now almost a cult film.

15. The Illusionist (2006), is full of real Prague buildings and monuments set against tricky CGI backgrounds that don’t look at all like the buildings’ real-life locations. Watch the film and make a drinking game out of spotting them. 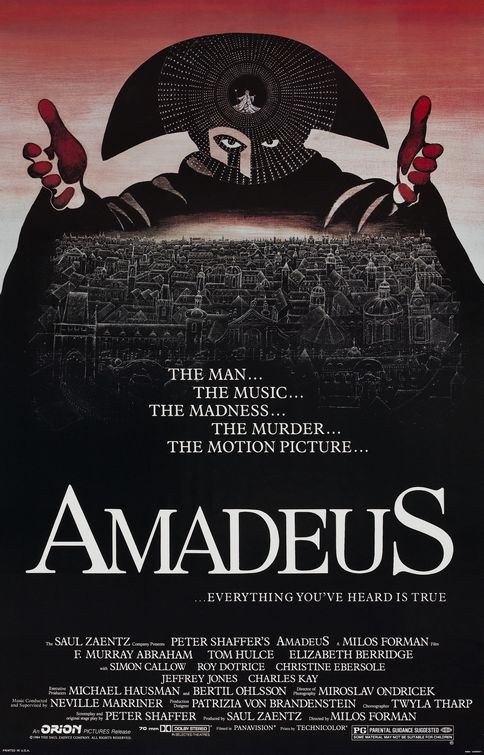