It’s Christmas. It’s time to slow down, recharge batteries and spend some time with the closest ones and have fun over some Czech traditions and superstitions! Some of them are rather weird, mysterious or heartless, some were forgotten but a few one can still witness during Christmas time in a Czech home.

Before the humanking started to live this easy consumption life, in the past people depended on the harvest and fertility of pets during the winter months. That’s why the magical practices supposed to ensure a good harvest in the next year. Anyway,  people did not focus only on their survival but they used to tell fortunes of their future, health, children or love. After while some of those magical rites turned into the social entertainment bringing mystery to the Holy Night and Christmas Day.

Even the results might be unwelcomed and heartless people still do some of the stuff around the Christmas and keep the traditions alive.

Here is the list of top then known and rather weird traditions, customs and superstitions.

1. You’ll see flying golden pig on the sky if… 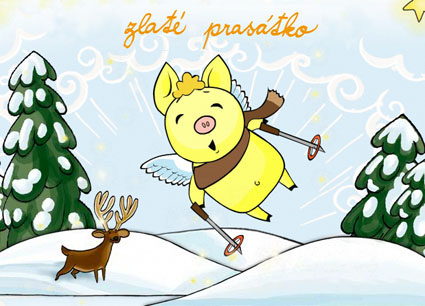 … you don’t eat meat for the whole day! This prohibition could be quite difficult for Czechs who are the real meat lovers. Since the morning of December 24th people should not touch a single piece of salami and they expect to see Golden Pig flying on the sky in the evening. It’s a bit weird but very common among Czechs. As a kid I was always so disappointed I haven’t see any golden pig after the whole day fasting.

2. Read the health from the sliced apples

During the Xmas dinner people half the apples and according the shape of the seeds they read a prophecy of how healthy they will be in the coming year. If a star appears than the person will be well and healthy. If the cross appears, don’t expect anything good. The same could be done with walnuts – if the inside nut is healthy and fresh, it’s a good sign. If it’s black, guess what could happen to the person in coming year.

3. Tell your future out of the nut-boats 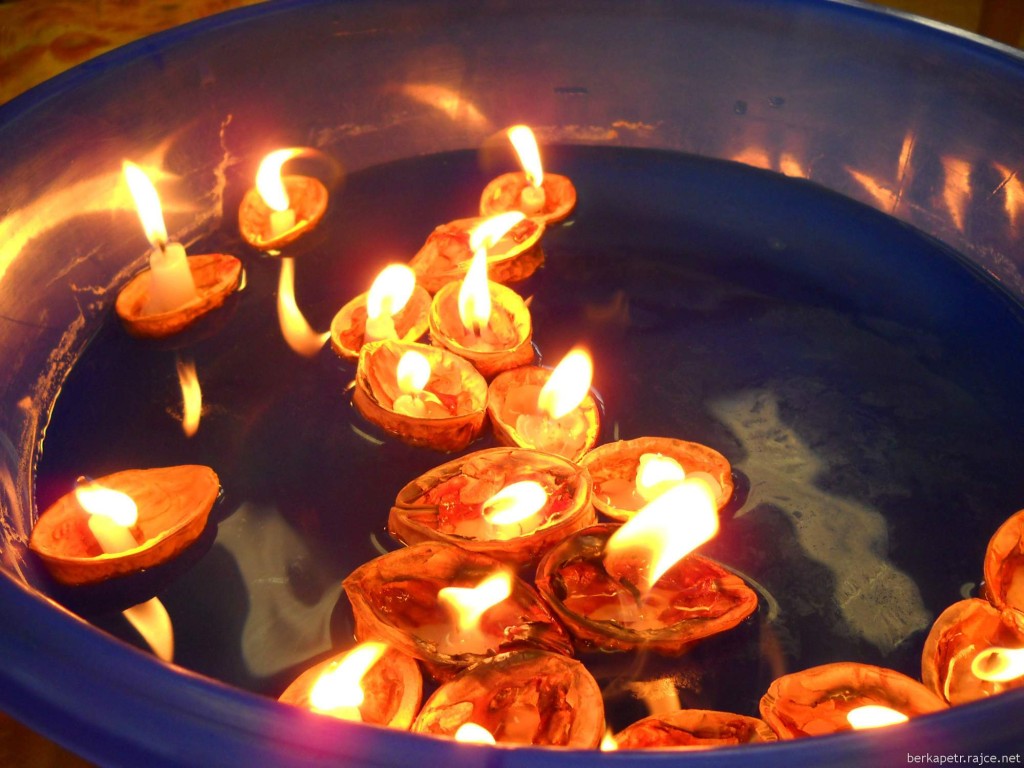 Both kids and adults love this tradition. It’s romantic, fun but the results of a prophecy could be sometimes heartless.

The shells of walnuts are used as tiny boats with little candle inside and people let them float in a water basin. Watch what will happen if it…

• sinks immediately – you will most likely die

• makes a circle with others – mutual coexistence, respect, friendship and tolerance

• finds itself outside the circle – you will leave the family

• the flame of candle goes out – complicated emotional relationship is expected

4. Pour lead into the water and read your future

Careful! This is the dangerous one. People used to pour the hot molten lead into the water and according to the resulting shape they would predict events for the coming year.  In the beginingh of the 20th century this tradition used to be very popular, however, due to the two world wars there was a shortage of this material, so this custom has been almost forgotten.

5. Will you marry in coming year?

On Saint Barbara day (Dec 4th) girls used to cut the twigs of fruit trees, put them in the water and waited when the buds turn into the flowers. They named each bud with boys name, then that whiche flowered first would be come to symbolize their future groom.

6. How to ensure you’ll be loved

Just put honey on your cheeks on December 24th, so everyone will love you in a next year.

7. Money stays with you

This is rather weird but carrying one scale from the carp in your wallet supposed to ensure you’ll become rich in a comining year! The main Czech Christmas dish is a fish soup and carp with potato salad. People usually buy live carp, put it in their bath-tubs and on December 24 they kill it. It is meant that one should save a carp’s scale and carry it in the wallet, so the money will stick to the person.

8. Your dog – the best guaridan

To make sure that your dog will guard your house well, open the main door and push the dog backwards outside. That’s the weird one huh?

9. Why to kiss under the mistletoe?

Above the table there should be a bunch of mistletoe hanging. It should bring the good luck and also if people kiss under it, the love will stay with them in a coming year – as we say in the Czech Republic, the girl will not dry!

Why? Being one of the most atheistic countries in the world, this is the only time a year whe people actually visit church. Also, it is very common to have a Christmas crib at home and put little Jesus inside the bad on Christmas Eve. Did you know that in the Czech Republic this cute baby Jesus delivers the Christmas tree and all the presents on December 24th? I have no idea how the little toddler handles all that, but let’s keep the little child in our hearts and just believe it! 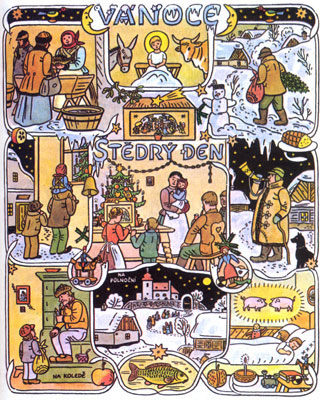 Czech Traditions over the Christmas

And which special traditions you do over the Christmas in your country? Does your family keep any strange, rather weird customs? Share them with us!