As the cooler weather moves in and you’re starting to look for things to do indoors, the fall is the perfect season to see what Prague has to offer in terms of an art scene. Though this writer is by no means an expert on the subject, I do know people who are, or who think they are. So I asked around and came up with this list of 10 fairly diverse places you can visit while you’re in the city. Some of them are relatively new spaces which may not yet be well-known, and some of them have been around all ready for ages. As always, click the links for more info and maps to help you find your way. 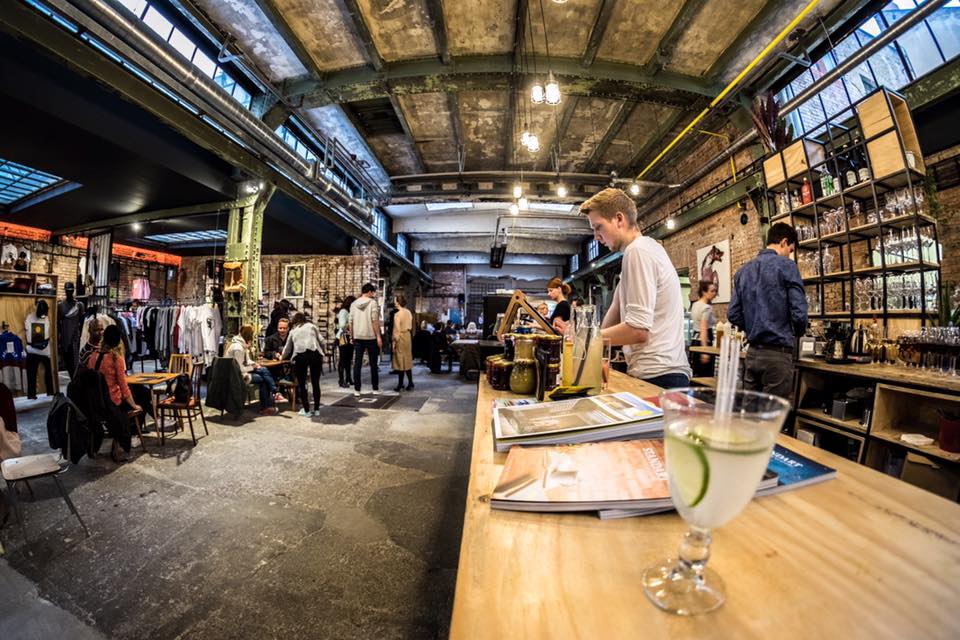 Vnitroblock is a hipsterish culture hub located in an old and not-too-meticulously refurbished industrial hall where you’ll find a cafe, art exhibitions, concept designer shop featuring many European artisans, a dance studio, weekly workshops, and a mini-cinema; still evolving since its opening less than a year ago. Tusarova 31, Praha 7, Holešovice.

Chemistry Gallery is dedicated to the work of comtemporary artists from the Czech Republic  and elsewhere which is dedicated to building long-term cooperations and relationships with selected new young artists, and fostering interaction between new art trends and the public. Bubenská 1, Praha 7.

Café Pavlač & 35M2 Gallery is an arty cafe and two-room gallery dealing mostly with the work of young artists and students of the fine arts, mostly contemporary painting and photography with occasional forays into conceptual and installation art. Víta Nejedlého 23, Prague 3, Žizkov. 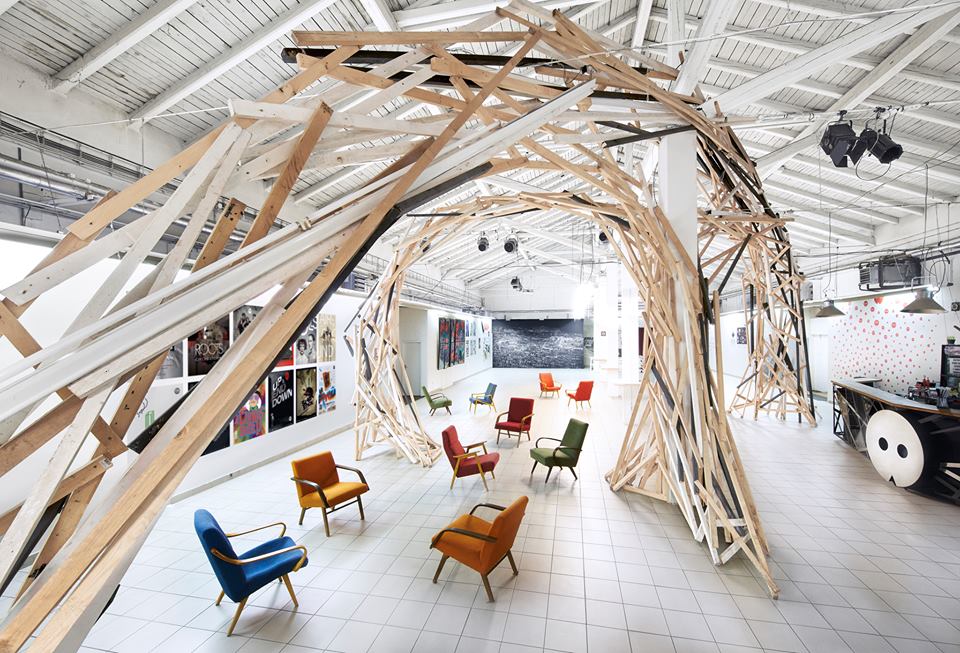 The gallery space at Jatka 78.

Jatka 78 is a self-described “temple of creativity”, an alternative space comprised of a gallery, a multi-function theater hall with lots of contemporary circus and dance, a smaller theater facility, a rehearsal space, and a bar, where the companies in residence are 420PEOPLE, 11:55, and Cirk La Putyka.  Located at the Prague Market in Holešovice at Bubenské nábřeží 13.

Ars Diva Galerie is a small space which focuses on the work of contemporary, mostly Czech artists, in September and October with an exhibition by painter and graphic artist Václav Benedikt. Pštrossova 2, Praha 1.

Gallery of Art Prague, yeah it’s touristy, but why not? See permanent exhibitions of the work of Salvador Dali, Andy Warhol, and Alphons Mucha. Celetná 15, Praha 1. 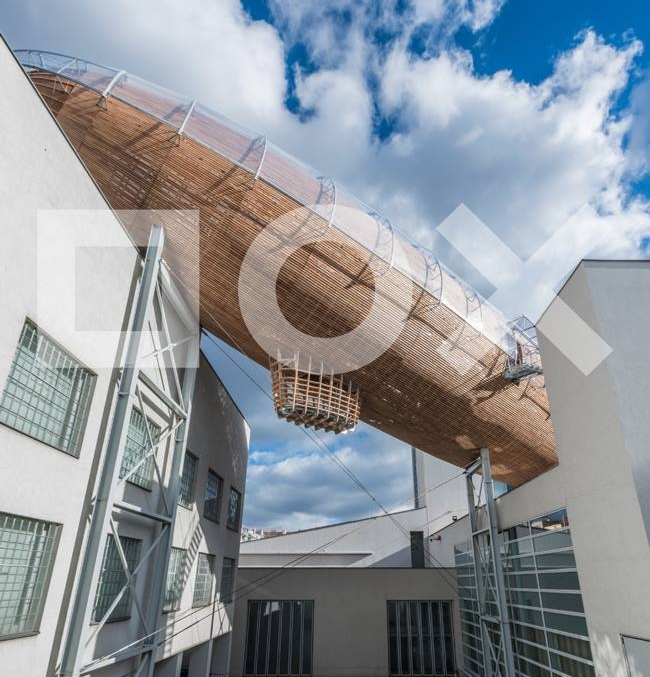 The steel and glass construction of the airship at DOX is a space created for the discussion of literature.

DOX Center for Contemporay Art is a multi-function art and performance space which is dedicated to the exploration of contemporary social issues with the aim of encouraging a questioning of the reality of the modern world through visual and performning arts and literature. Located in yet another reconditioned industrial space in Holešovice at Poupětova 1.

Communication Space Školšká 28 is only open on the weekends for now, but they host a wide variety of performances, installations, exhibits and festivals dealing with mixed media, electronic music, video art, other media, and of course drawing, painting and photography on the more traditional side. Školšká 28, Nové Město.

Trafo Gallery is a private exhibition space which was an offshoot of the former alternative art space Trafačka which operated in an industrial section of Prague’s Vysočany district until 2014. Trafo Gallery operates on the premises of an old slaughterhouse at the Prague Market at Bubenské Nábřeží 13, Prague 7. They organize six exhibitions per year with accompanying bilingual publications about each.

MeetFactory is a bit of a tram ride, but well-worth checking out. It has a gallery space, a live music venue, a theater space, cinema, and bar, and presents a never-ending program of concerts, exhibits, theater performances, film, workshops, and other events. It’s stated mission to provide a framework for the promotion of modern culture in general and art in particular, and it’s easy availability to the public. Ke Sklárně 3213/15, Praha 5. 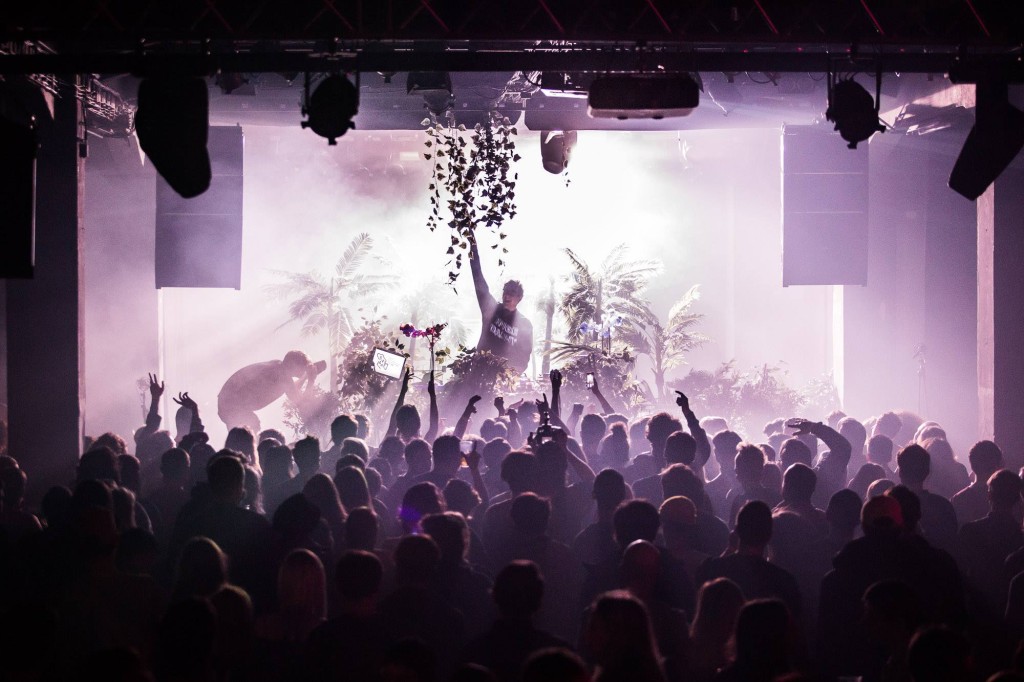